Aamir Liaquat warns Imran Khan: 'You know very well where I have come from' 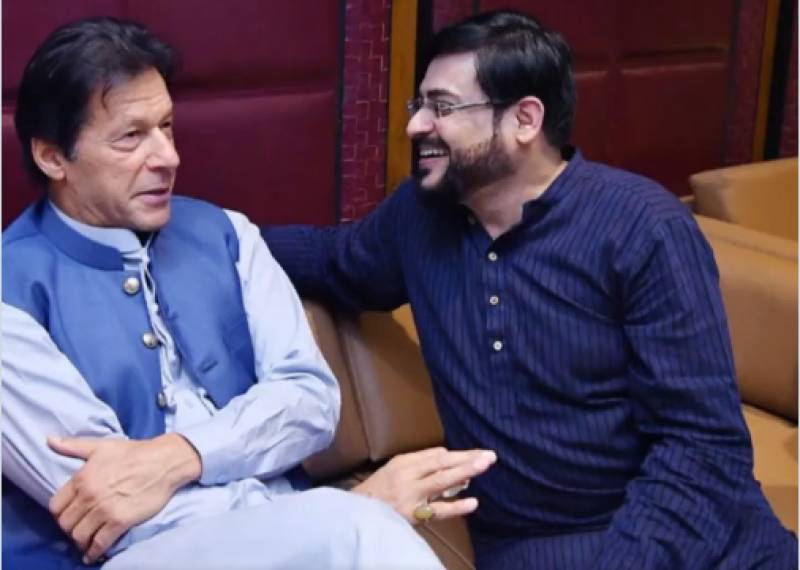 ISLAMABAD – Estranged lawmaker of the ruling Pakistan Tehreek-e-Insaf (PTI) Aamir Liaquat Hussain has warned Prime Minister Imran Khan against bringing party workers to the Parliament House on Sunday, the day when the parliament is going to vote on a no-confidence motion against Khan.

Aamir Liaquat, who is known for changing his statements about the ruling PTI and Prime Minister Imran Khan with the changing situation, has now called Imran Khan a "deposed prime minister" and taunted him by saying it is not good he is going to be sent home on a holiday. He said he keeps his licensed weapon with him in case PTI workers create a law and order situation outside the Parliament House. "You know very well where I come from," he said in a veiled threat.

He also believes he is under the influence of black magic and that is the reason he keeps falling ill.

Aamir Liaquat has been in the headlines recently for his third marriage to an 18-year-old girl, Dania Shah. A few days ago he took his new bride to Prime Minister Imran Khan's office for a meeting.

For You Khan Sahib @ImranKhanPTI I love you a lot but I can not stay due to those evil minds whose advise will break you and I can not see my captain, my leader, my mentor as a broken custodian of #pakistan I am sorry but I will defend you and bhabhi till ny last breath. Love pic.twitter.com/MUlhyKPXON