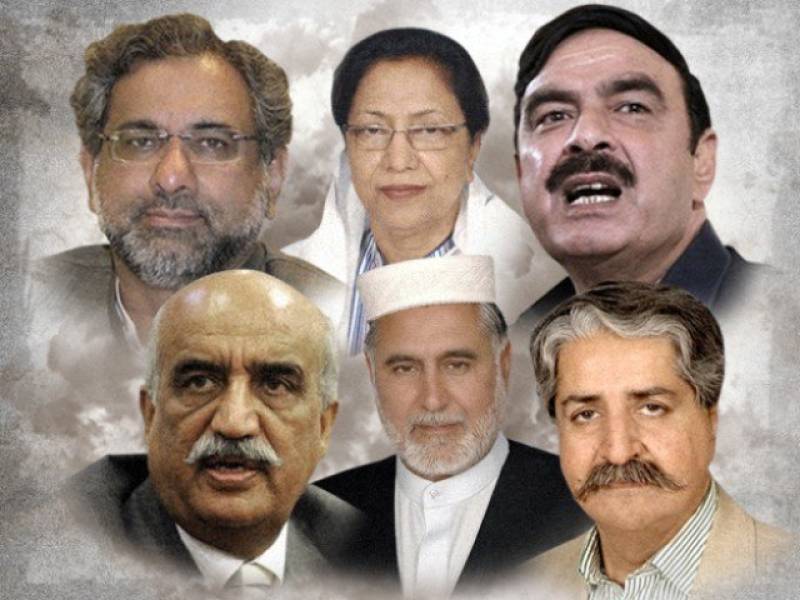 ISLAMABAD - Following disqualification of Nawaz Sharif by the Supreme Court, the National Assembly of Pakistan is currently holding a session to elect country's eighteenth prime minister for which major political parties have already fielded their respective candidates.

Six candidates, including Shahid Khaqan Abbasi of Pakistan Muslim League-Nawaz, are in the fray to contest the election at the specially convened session of the lower house.

Muttahida Quami Movement announced to throw weight behind the PML-N's nominee Khaqan Abbasi hours before the session, although they had nominated Kishwar Zehra for the slot.

According to the Constitution, the process of PM's election would continue as long as a candidate achieves a clear majority - 172 votes.

Opposition parties met in Islamabad on Monday before filing of the nomination papers to agree on a consensus candidate but failed to make a breakthrough.

Sheikh Rashid Ahmad raised some objections to the nomination of Shahid Khaqan Abbasi but these were rejected.

The candidates can withdraw their nomination papers anytime before the start of the election process.

The Speaker will read out the names of the validly nominated candidates and ask members who wish to vote in favour of their candidates to pass in single file through the designated entrance.

Tellers posted there will record their votes and after a member has recorded his vote, he would not return to the Chamber till completion of the voting process.

Due to the vacant seat of Leader of the House, no other business can take place in the House except for the election process, according to assembly rules.

The ruling PML-N currently has a support of over 180 legislators although former railways minister Khawaja Saad Rafique claimed to have support of 235 law makers.

After the PM's election, the newly-elect Leader of the House will take the oath of his office at the Presidency. The incumbent president will administer the oath to the new prime minister and cabinet.