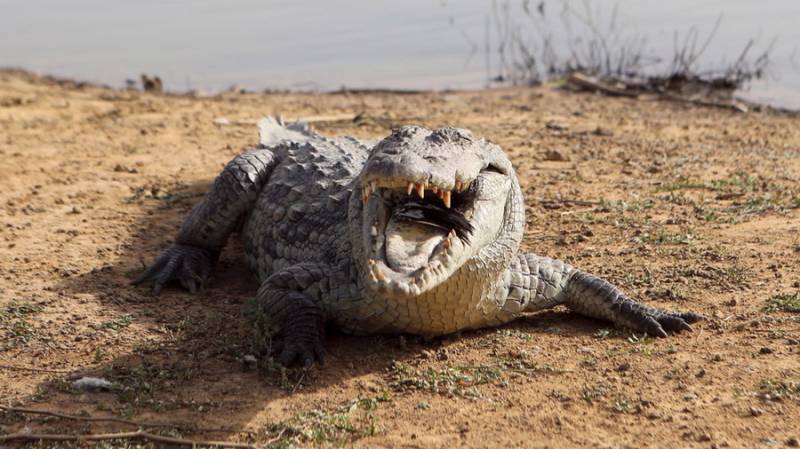 CHIANG RAI - (Thailand) It’s hard to know what a man expects when he puts his arm into the mouth of a crocodile – but one circus handler in Chiang Rai in Northern Thailand got exactly what one would think.

Footage captured at Bogotara Wildlife Park on Sunday shows the man reaching into the mouth of the reptile before putting his whole arm into its gullet. Hundreds of people are said to have witnessed the incident as the trainer delved deeper than was comfortable for the crocodile, prompting it to clamp down on the arm before thrashing around and releasing him. The man is then seen clutching his arm as he moves away from the animal.

The man was identified by local Thai newspaper ‘The Daily Thanthi’ as 45-year-old animal handler ‘Tao’. The paper reported that the man suffered deep cuts to his arm but received medical treatment and was hopeful of making a full recovery.