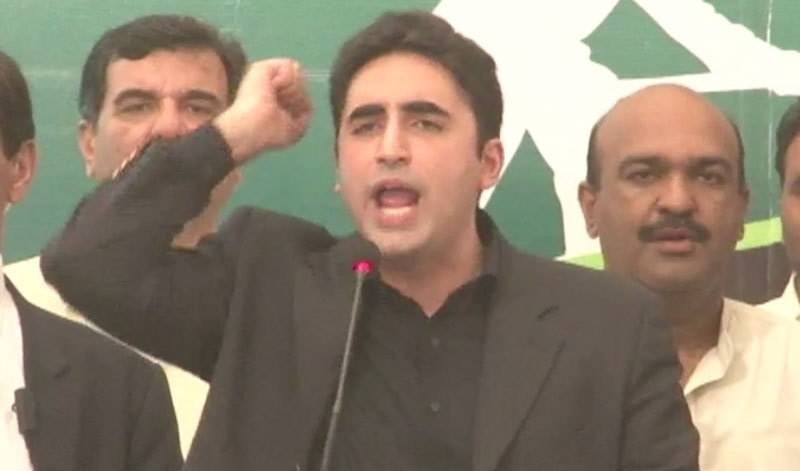 LAHORE - Pakistan People’s Party (PPP) chairman Bilawal Bhutto said his party would fight against what he described as Takht-e-Raiwand if the federal government failed to accept his four demands.

He said that former Prime Minister Syed Yusuf Raza Gillani was disqualified over a letter, but institutions are quite over the biggest corruption scandal.

“Panama scandal is the biggest case of corruption of the world.  Mian sahib, don't compel us to come out, If we come out then whole Pakistan will come out,” he added.

“We together will raze the dictatorship of 'Takht-e-Lahore' to dust. We will use democratic methods like Benazir Bhutto used,” he stated.

Bilawal reached Lahore from Dubai overnight to take part in the party’s foundation day celebrations, which started on Wednesday.

The 49th founding day of PPP is being celebrated with zeal countrywide.