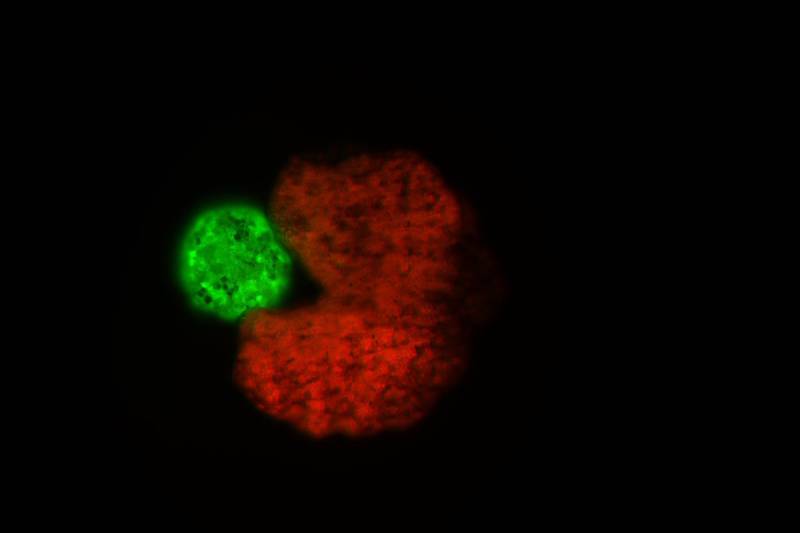 American researchers claim to have discovered a new form of biological reproduction and created the world’s first living robots that can self-replicate.

These robots are the brainchild of a collaborative team at the University of Vermont, Tufts University and the Wyss Institute for Biologically Inspired Engineering at Harvard University. The same team had built the first living robots: ‘Xenobots’ - assembled from frog cells – in 2020.

Researchers say these computer-designed and hand-assembled organisms can swim out into their tiny dish, find single cells, gather hundreds of them together, and assemble ‘baby’ Xenobots inside their Pac-Man-shaped “mouth”.

A few days later, these babies become new Xenobots that look and move just like themselves. And then these new Xenobots can go out, find cells, and build copies of themselves, and this process repeats.

“With the right design – they will spontaneously self-replicate,” said Joshua Bongard, a computer scientist and robotics expert at the University of Vermont who co-led the new research.

In a Xenopus laevis frog, these embryonic cells would develop into skin. “They would sit on the outside of a tadpole, keeping out pathogens and redistributing mucus,” said Michael Levin, a professor of biology and director of the Allen Discovery Center at Tufts. “But we’re putting them into a novel context. We’re giving them a chance to reimagine their multicellularity.”

According to Douglas Blackiston, the senior scientist at Tufts University who assembled the Xenobot ‘parents’ and developed the biological portion of the new study, people have thought for quite a long time that we [researchers] have worked out all how life can reproduce or replicate. “But this is something that’s never been observed before.”