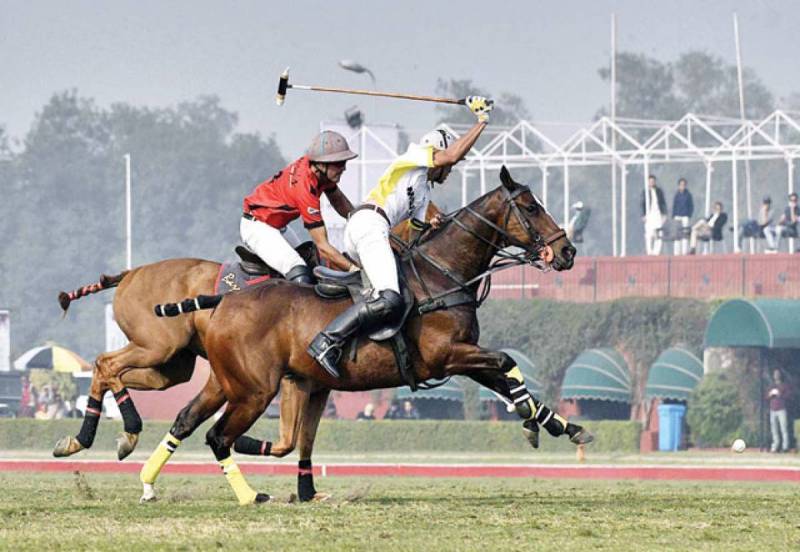 “Top six teams will be competing against each other for the top honours in the 14-goal prestigious tournament, which are divided into two pools. Pool A includes Remounts, DS Polo/Rizvi and Barry’s while Pool B consists of Diamond Paints, Olympia and FG Polo Team. The main and subsidiary finals will be contested on Sunday (February 6),” said Lahore Polo Club (LPC) Secretary General Agha Murtaza Ali Khan.

The LPC Secretary General thanked Hamdan Housing Director Kamal Nasir for sponsoring this high-goal event, where top national and international polo players will be seen in action-packed matches and the polo enthusiasts will also enjoy the high-quality polo on offer throughout the week.

Throwing light on the history of this prestigious tournament, Agha Murtaza said: “The Aibak Cup is dedicated to the memory of Qutubuddin Aibak, who was of Central Asian descent and became the Afghan Emperor Muhammad Ghauri’s most trusted general. In the early 1200’s, Emperor Ghauri appointed Qutubuddin Aibak as his ‘Naib-us-Sultanat’ in India at the grand darbar in Lahore.

“Upon Ghauri’s death in 1206, the kingdom’s Central Asian territories were captured by the Mongol warlord Genghis Khan, but Aibak retained the lower kingdom and became ruler of the territories which now cover the areas of modern day Afghanistan, Pakistan and Northern India. He spent his time between Lahore and Delhi, where he also built the Qutub Minar, now a world heritage site. Sultan Qutubuddin Aibak died in Lahore in 1210 in an accident while playing polo. He was buried in Lahore near the Anarkali bazaar,” he added.