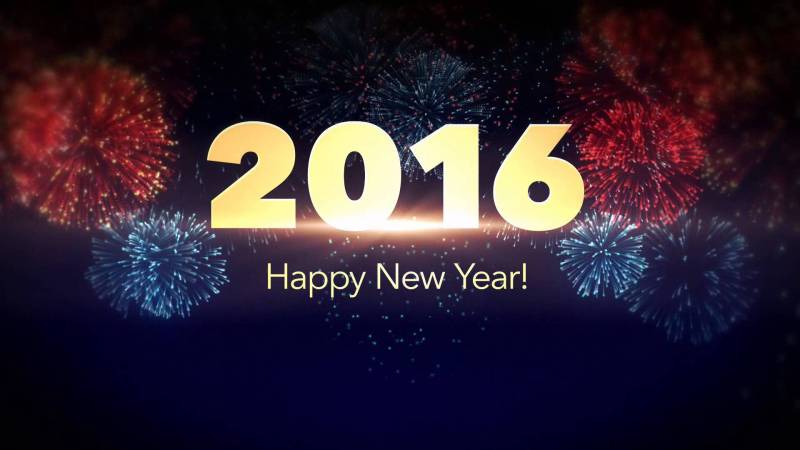 LAHORE (Web Desk) - Delighted Pakistanis celebrated in major cities and towns marking the end of 2015 and beginning of 2016.

Loud firecrackers and aerial firing was heard in different cities of Pakistan as clocks struck midnight.

Spectacular displays of fireworks were also organized in different cities to welcome the New Year.

In Punjab’s Capital City roads were jam-packed as people came out in a great number to celebrate the New Year’s Eve in the Punjab capital.

Youngsters riding on motorcycles and cars were celebrating the festival on the Mall Road, Canal Road, and Jail Road.

Some young men were seen dancing on the music by parking their cars on busy roads and crossings.

People were seen celebrating the festival on the rooftop of high-rise buildings, malls in the city center.

Family festivals and dance parties were planned in different areas especially in the posh localities.

Several parities were arranged at private farmhouses in the suburban areas of city.

The year 2015 with its cheerful and grim memories became past as soon as the clock struck 12 AM, opening the door to new hopes and dreams for the New Year 2016.