Security beefed up with 5000 cops for New Year’s Eve 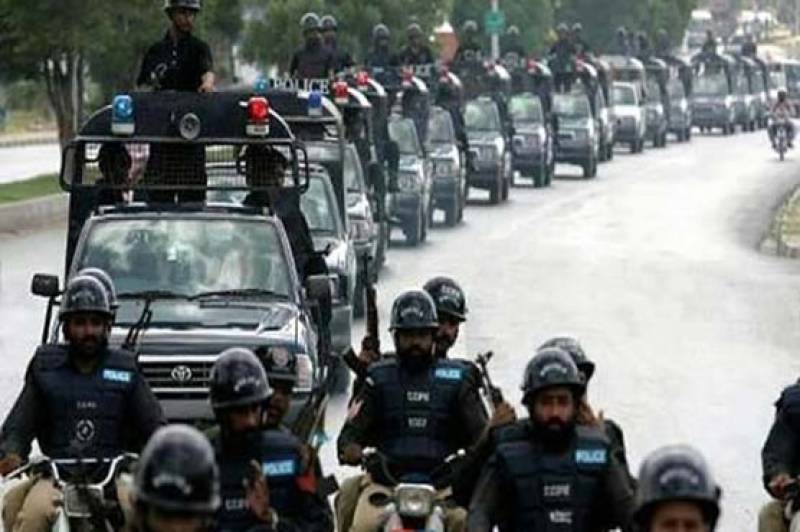 LAHORE (Web Desk) - Police beefed up security across the provincial metropolis for New Year’s Eve celebrations as thousands of cops are deployed only in Lahore city.

According to a police spokesman said that at least 5000 cops were deployed across the city to guard shopping malls, public places, churches, and important roads.

Several special police squads are constituted to deal with eve-teasers and miscreants.

Police are directed to strictly implement the ban imposed by provincial government on one-wheeling, aerial firing, and fireworks.

The officer also warned that the police would take strict action in case of complaints regarding immoral activities at the hotels, guesthouses and private farmhouses.

The traffic police were directed to take strict action against those found involved in one-wheeling and those riding silencer-less motorbikes on city roads.

Earlier this week, the Lahore police launched a massive crackdown in the metropolis and arrested dozens of proclaimed offenders and hardened criminals.