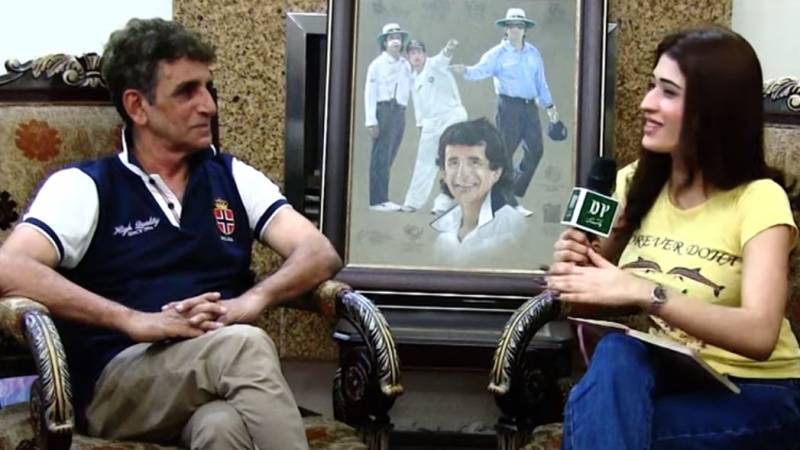 Asad Rauf recently made headlines for his transition from once being a world-renowned umpire to selling clothes and shoes in Lahore's Landa Bazaar, years after being banned by the BCCI on charges of 'corruption’.

The former ICC elite umpire from Pakistan came remained in limelight as he is running a business of second-hand items in Lahore’s Landa Bazaar, which according to him was painted in a negative way on social media.

Speaking exclusively with Daily Pakistan, the 66-year-old said he was making his earning from this business for the last 35 years, calling it one of the leading import business in the South Asian country.

Refuting the reason for starting the business of used items because of poverty, the former top umpire who lives in a posh area, mentioned that he not only sells clothes or shoes specifically but deals in a variety of items including antiques.

Asad went on to mention the noble cause behind the business as he claimed to provide imported items at affordable prices. He mentioned starting the business after playing first-class cricket for 17 years.

Recalling his first profit in the import business, he said it was more than five salaries that he got while playing cricket.

Talking about his cricket days, he admitted doing extra work to compete with international umpires. Asad called the 2011 test between England and India his favourite to umpire.

Asad gets nostalgic as he commented on his iconic portrait with Indian cricket legend Sachin Tendulkar. He also shared some of his pictures with Queen Elizabeth, Shah Rukh Khan and others.

Asad was recently interviewed by a number of media outlets as he responded to match-fixing allegations. Some news outlets also portrayed that he owns a small business and 'is living in poverty'.

The former umpire appeared in as many as 170 international games -- 49 Tests, 98 ODIs, and 23 T20Is. Rauf made a career out of the gentleman’s game and was part of the elite panel of the world cricket body.