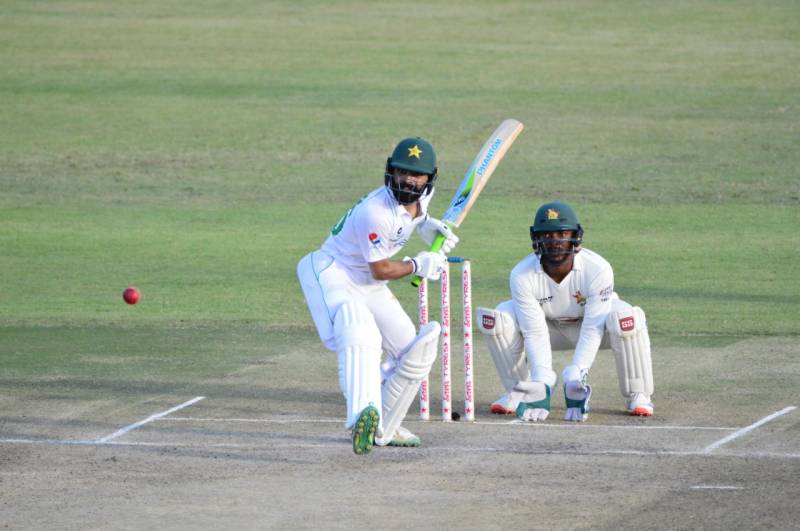 Pakistani middle-order batsman Fawad Alam scored his fourth Test century as Pakistan built an impressive first innings lead over Zimbabwe on the second day of the first Test in Harare on Friday.

Fawad’s unbeaten 108 runs along with Imran Butt's careful 91 runs earlier in the day guided Pakistan to 374-6 at the end of the day, giving them a lead of 198 over Zimbabwe's first innings total of 176.

Hasan Ali was another Pakistani batsman who remained unbeaten with 21 runs on a day that saw Pakistani batsmen struggling in the morning as they scored just 59 runs from 32 overs before gathering momentum in the next two sessions.

Fawad hit Zimbabwe seamer Donald Tiripano two consecutive boundaries to reach 100 from 93. He has remarkably converted each of his Test fifties into three figures.

The 35 years old left-handed batsman smashed a debut hundred in Sri Lanka in 2009, but he was dropped from the team after two more Tests. Then he had to wait nearly for 11 years for his next Test, which he played in England last year.

As Fawad made the most of his opportunity, opener Imran Butt missed out on a maiden Test century by just nine runs. Abid Ali scored 60 runs and Azhar Ali 36.

Zimbabwe's top bowler Donald Tiripano, who took three wickets for 89 runs, had already put Pakistan in limbo with a double strike in the post-lunch session with the wickets of Azhar and skipper Babar Azam.