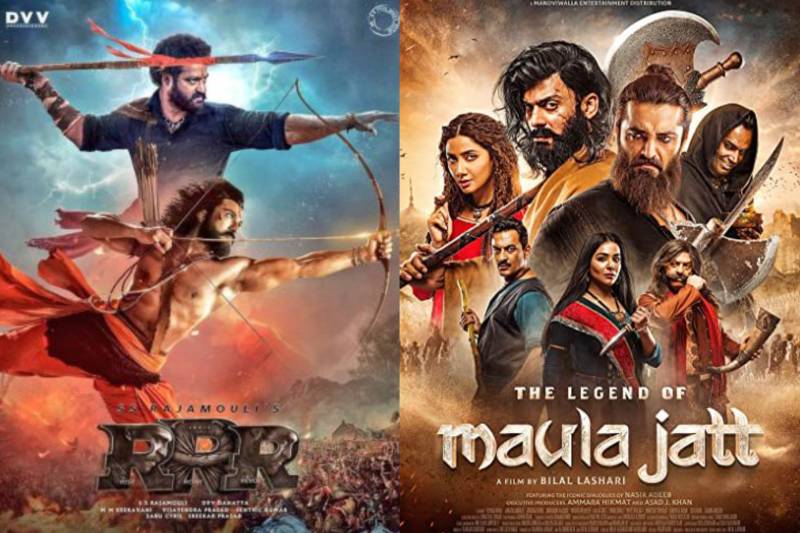 For the first time in history of Indian and Pakistani cinema, the latter's project commercially beats the former's film.

Bilal Lashari's blockbuster project The Legend of Maula Jatt seems to have beaten the lifetime business of SS Rajamouli's RRR in 17 days of its release in UK.

The caption read, “Another day, another achievement! The Legend of Maula Jatt beats the highest grossing Indian movie of 2022, RRR’s lifetime business in just 17 days in UK! #TheLegendOfMaulaJatt in cinemas now, book your tickets today!”

On the other hand, The Legend of Maula Jatt revolves around the legendary rivalry between Noori Natt and Maula Jatt. The film stars Mahira Khan, Fawad Khan, Hamza Ali Abbasi, and Humaima Malik among others. The film is said to be made on one of the highest budgets in Pakistani film history.

Karan Johar watches "The Legend of Maula Jatt" in Dubai