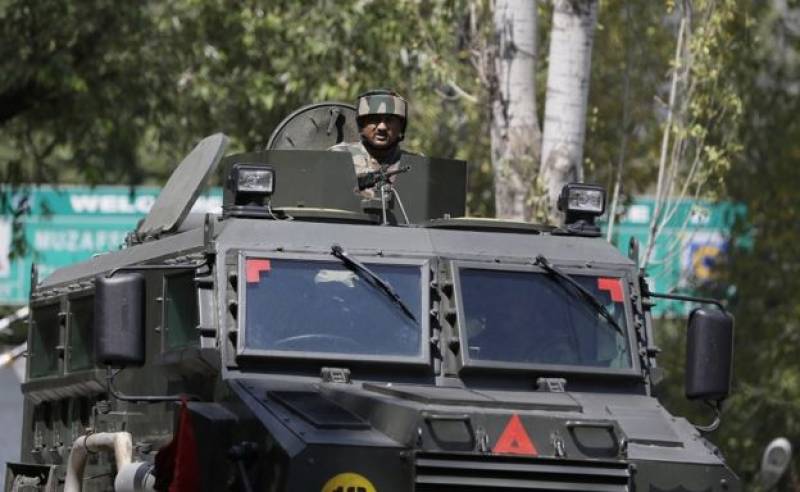 According to information available in Russian language media, Pakistan and Indian troops are once again approaching “eye ball-to-eye ball” standup situation as heavy mobilization of Indian troops on Neelum-Jhelum valleys is reported. However, Indian Army is not sharing real situation with media and is avoiding commenting on the situation at Indo-Pak Line of Control in Kashmir Valley.

India celebrated the second anniversary of surgical strikes it claimed it did against Pakistan this week. However, Indian media raised several questions without appropriate answers regarding the claim of Modi government for so-called surgical strikes on Pakistan on September 29, 2016. Pakistan called this claim of surgical strikes as “schizophrenic response of a deranged mindset of Indian military and civilian leadership”. Pakistan has warned that any adventurism or an attempt of surgical strikes could lead the region to a full-fledged war between the two nuclear countries.

Meanwhile, Indian media is reporting that Indian Foreign Policy has been handed over to Indian Army first time in the history of Indian democracy and in the presence of strong parliament and Indian Chief of Army is controlling the foreign policy of India.

It is noted that India COAS General Bipin Rawat, who took office on 31 December 2016 is the holder of Doctorate of Philosophy (PhD) on military-media strategic studies and appearing on Indian media to blame Pakistan for injecting terrorism within India.

False Flags against Pakistan are being planned

Meanwhile, defence circles of Pakistan claim that India is planning to raise False Flags against Pakistan to accelerate tension at the Pak-Indian border. While expressing their fears, they believe that India can stage some arrests within India and would claim that arrested persons were sent by Pakistan for sabotage activities within India. They believe that India can stage false flag also by staging the attack on Indian army or civil establishments and would blame Pakistan for such action.

MUZAFFARABAD - The prime minister of Azad Kashmir remained unhurt after his helicopter came under Indian army fire near ...