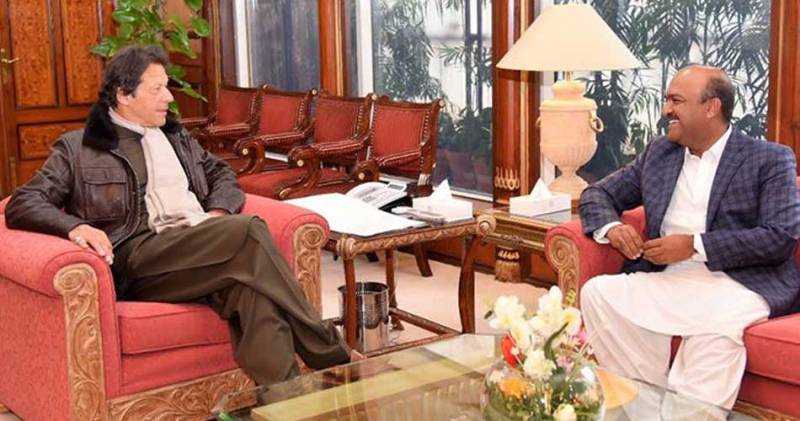 ISLAMABAD - Spokesman to the Prime Minister, Nadeem Afzal Chan clarified on Monday that PM Imran Khan was not against the 18th amendment and the government was not going to change it.

Talking to a private news channel, he said although Pakistan Tehreek-e-Insaf (PTI) was not enjoying power in Sindh and Balochistan provinces, the people of the areas were seeing towards federal government for development projects.

Chan said that despite different challenges, the government was willing to provide relief to people adding that Pakistan Muslim League-Nawaz (PML-N) was responsible for the fragile condition of the national economy.

The clarification came days after the prime minister expressed his displeasure at the paucity of funds after the 18th amendment which had brought about fiscal and administrative devolution from the federal level to the provinces, among other constitutional changes.

Addressing a rally at Khangarh in Ghotki on Saturday, the premier said after the 18th Amendment, the federation has become bankrupt.

ISLAMABAD – The Supreme Court has dismissed Sindh government's petition about provincial powers under the 18th ...

He said at the start of every fiscal year, the centre has to face fiscal shortfall to the tune of Rs 600 billion owing to debt servicing, federal transfers to the provinces, and defence budget that leaves nothing for development.

Political parties have been raising concerns about the plans to abolish the said amendment. Former president Asif Ali Zardari and Pakistan Peoples Party Chairman, Bilawal Bhutto Zardari had repeatedly cautioned the sitting regime not to roll back the amendment.

Addressing the concerns about the resources, Bilawal recently expressed that the provinces got institutions not the resources after the 18th amendment.

On the other hand, President Arif Alvi has, for multiple times, assured that the amendment would not be rolled back.

“The purpose of the 18th amendment was to give autonomy to the provinces so they can perform better and increase their capacities, and if there is something missing, it can be improvised,” Dr Alvi had said in an interview.