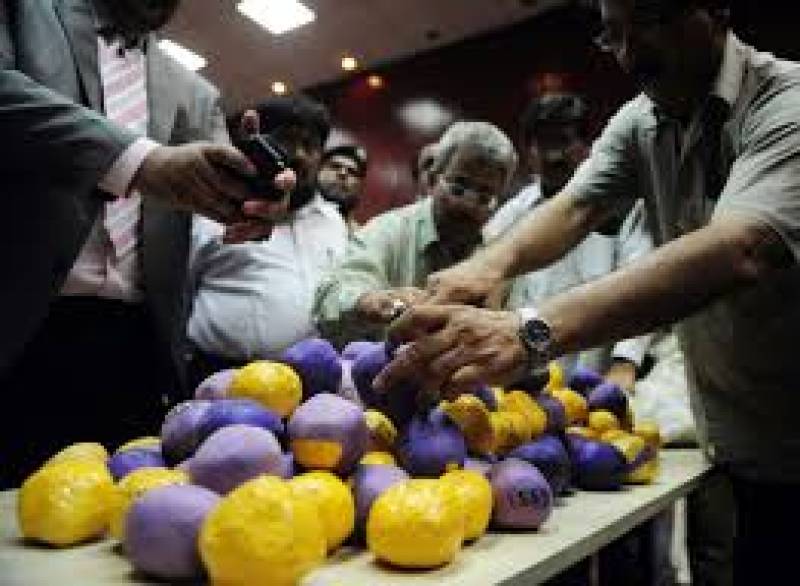 COLOMBO - Sri Lanka on Wednesday seized $65 million worth of crystal methamphetamine and ketamine in the biggest drugs bust and arrested nine Pakistani men suspected of smuggling the drugs, officials said.

“This is the first time we have found ketamine and it is likely that the smugglers were trying to take this cargo to some East Asian destination,” de Silva told reporters in the capital Colombo. Authorities said initial investigations suggested the Iran-Pakistan coast was the point of origin.

The defence ministry said the drugs had an estimated street value in Colombo of about Rs12,500 million ($65 million), making it the country’s biggest single seizure of drugs. Last month, the navy seized two foreign trawlers, carrying more than $33 million worth of heroin and ice.- News Agencies.