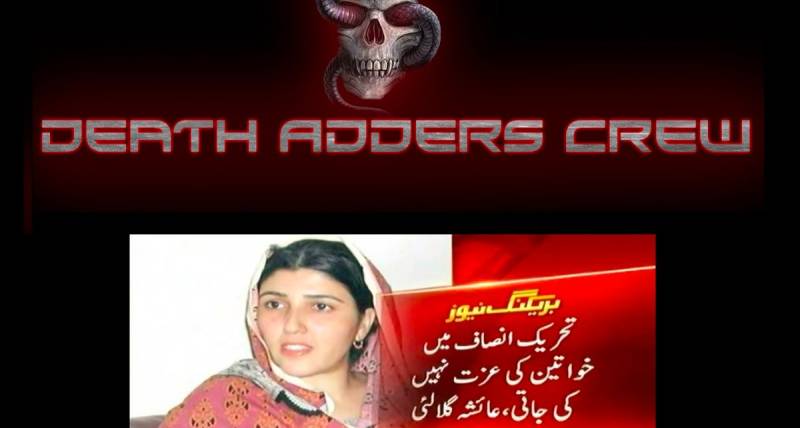 PESHAWAR - The official website of Pakistan Tehreek-i-Insaf has been hacked by a group calling itself the 'Death adders crew', it emerged on Tuesday night.

The hackers defaced insaf.pk with a screenshot of news bulletin about MNA Ayesha Gulalai's allegations against Imran Khan and message criticising PTI.

The group criticized the party for disrespecting and defaming women. As a footnote, the hackers asked that they should not be confused with supporters of any political party.

"We are not supporters of any political party, but we will never vote you (sic) Imran Khan," it read. "We don't need new Pakistan, we need our old Pakistan."

It comes hours after MNA Ayesha Gulalai announced her resignation from the party after alleged harassment and ill-treatment of women in the party.