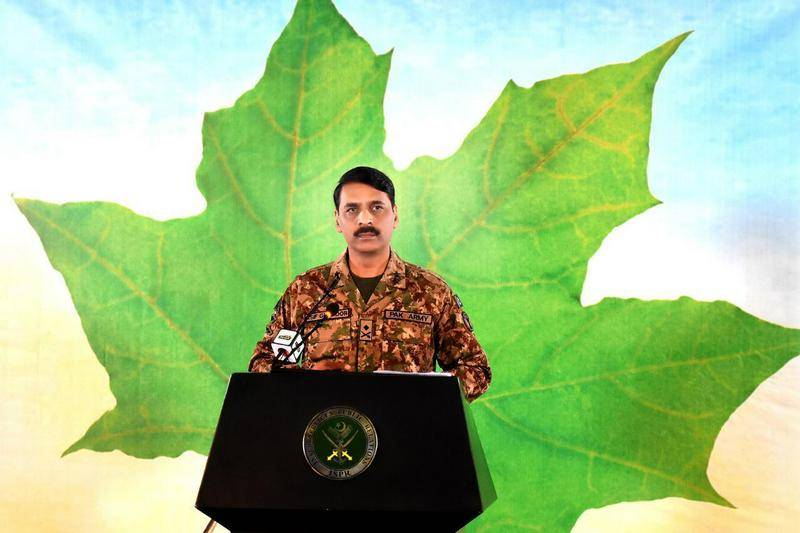 ISLAMABAD – Social media users early on Wednesday expressed their best wishes to a Pakistan Army general on his birthday.

Lt General Asif Ghafoor, who previously served as the spokesman for the world's sixth largest military, has amassed huge own fan following on social media.

#HbdAsifGhafoor remains one of the top trends on the social media platform, with Pakistanis hailing ‘King of Fifth-generation warfare’.

Happy Birthday Sir @peaceforchange ! You are a true inspiration for people like me! Keep shining ! ❤
سب عہد وفا کے نام کیا ❤
Just made this 👇 pic.twitter.com/TOuaonPicx

Although his exact date of birth is unknown, many believe the three-star general was born on December 2, 1971.

As the military's spokesman, Ghafoor was very vocal in his press conferences -- especially during Pakistan-India standoff last year -- and also on Twitter, his personal as well. Since the start this year, he has not tweeted.

In January, he was replaced with Major General Babar Iftikhar as the new DG ISPR, taking charge as GOC 40th Infantry Division in Okara.

Just last week, Asif Ghafoor was promoted to the rank of Lieutenant General and has been posted as the Inspector General Communication & Information Technology.