Have you lost your childhood due to parental conflicts? 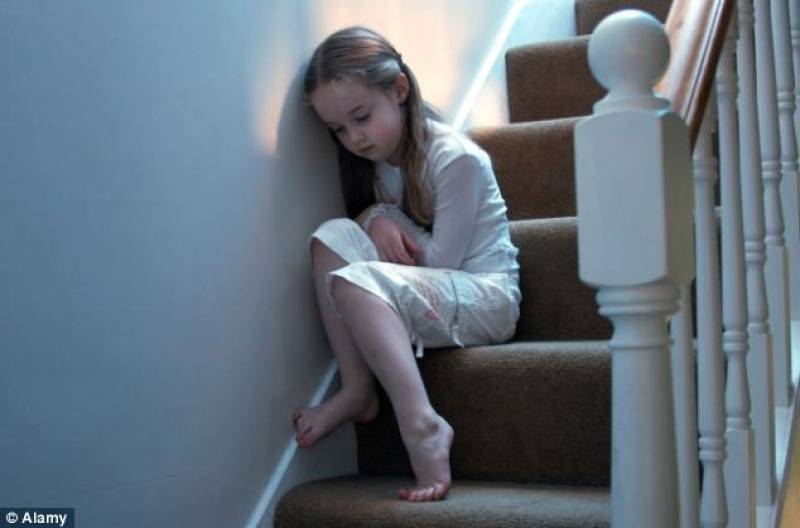 Of the many different relationships from over the course of lifespan, the relationship a child experiences at his home with his family members plays a vital role in the development of his personality as well as his capabilities to deal with the outside world. This includes the parent-child relationship, the stability of the parents’ marriage, and his bonding with his siblings.

In researching for this article, I talked to a few adults about their childhood and the relationship with their parents and siblings.

A girl talked to me about the separation of her parents after extreme conflicts. She became very quiet and emotionally disturbed and now finds it very difficult to get into any relationship. Her childhood experience has made her very afraid of relationships. Now she does not want to marry as she is afraid that she will experience the same consequences.

One woman told me about the domestic violence and abusive relationship, she had experienced between her parents. Her parents had arguments that ended up in physical violence and abuse. As she had seen all this in her early childhood, she has become very anxious, depressed and unconfident.

If the two parents do not correspond courteously with each other and do not have an appropriate approach for resolving the conflicts, then the same cycle of angry encounter is repeated over and over again. The longer these conflicts continue, disruption and chaos increases and go on increasing. It creates a number of psychological difficulties such as emotional and behavioural problems, anxiety, sleep problems, low self-esteem and school problems.

“When I was a child, my parents’ fights could suck the oxygen out of a room. My mother verbally lashed my father, broke jars and plates, and made outlandish threats. Her outburst froze us… Years later, when my husband and I decided to have children, I resolved never to fight in front of them”, said twenty-nine year old Sarah.

The most difficult thing for children to experience is the continuous, unresolved and violent conflicts between their parents. Research indicates that children are resilient and adaptive and can cope up with difficult situations such as divorce. What acutely mutilates children emotionally and psychologically is bitter, long-lasting, ongoing conflicts between parents whether they live together or not.

While talking about parental conflicts in a group of young people, I learned that men also experience certain mental problems if they have seen their parents fighting and arguing all of their lives. They either become very aggressive, violent, hostile and short-tempered or may internally experience severe anxiety disorders, mood disorders and social phobia.

“I was so scared of my parents’ fights that I decided to leave home and run somewhere safe. I had been so helpless that I even had suicidal thoughts”, says a male adult looking back on his experience of domestic violence.

Parental fights create a climate of disruption, unease, havoc, confusion and unpredictability in a home that is meant to be safe, secure and comfortable to grow up in. Children feel feeble, distressed and agitated. They may worry about their own safety even if there has been no actual or threatened violence. Children’s imagination is very powerful and they may imagine the worst consequences.

Children worry that they have to take sides. They love both of their parents equally, so it becomes impossible for them to choose one and this creates stress on their mind. If they tell one of them that he/she is doing wrong, it becomes destructive and unhealthy for whole of the family.

A twenty-five year old girl says, “I didn’t want to go to school- I couldn’t concentrate on studies. I didn’t talk to anyone and I had no friends. I turned into an anti-social person, avoiding everyone and sitting alone. I hated my parents’ fights- whenever they started, I hid under my bed and cried in darkness and felt helpless. I felt heaps of different emotions- I started hating everyone. I wanted to run away but I was too timid to do that. I had an absolutely miserable childhood.”

Parents are supposed to be the role models for their children. Children follow their parents, as they are in their growing and learning age, they do whatever they observe. If parents present inappropriate conduct and communication skills, they will also learn the same. They will get along and deal with others in almost the same manner.

Children have to deal with these painful memories for the rest of their lives. Their childhood memories can never be obliterated and this creates anxiety and certain mental problems for the whole of their lives.

Children with anxiety disorders, such as Obsessive-compulsive disorder, social phobia, eating disorders, mood disorders, schizophrenia have been reported. Their eating habits are disturbed due to which they may be subjected to life-threatening problems. Loss of appetite and insomnia (lack of sleep) may disturb their health and in this way, they would not be able to carry out their daily routine work.

Children must not be made to deal with the adult problems- because this may lead to the destruction of the whole of their personality. Parental education and coaching is very helpful in this regard. But unfortunately, there is no such practice in our country.

Parental conflicts have been very detrimental to the children and can impair their normal development. The difference of opinion between parents is normal as long as they are dealt with constructively rather than fighting and arguing in front of children. Children experiencing such childhood can never be mentally healthy and suffer their entire lives. Counselling and professional help is advisable for such parents as well as children.