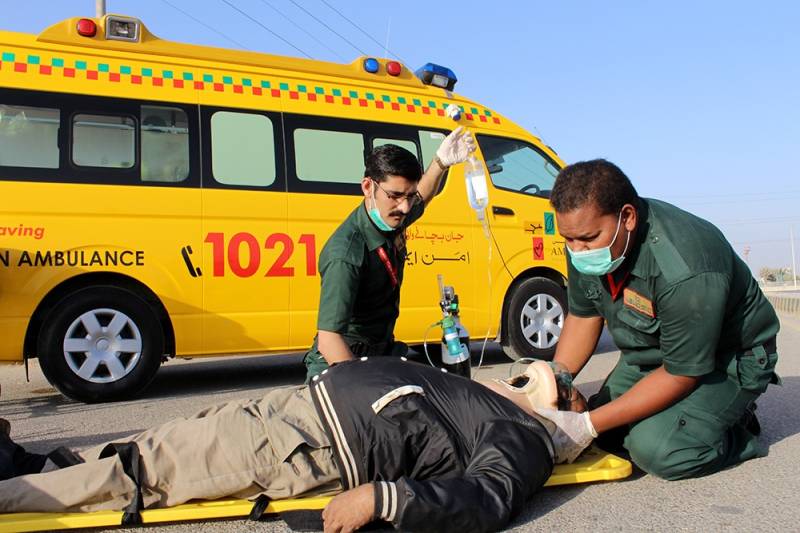 KARACHI - Leading charitable organization The Aman Foundation has expressed satisfaction with the investigative hearings process and the resulting report produced by a committee constituted by the honorable Supreme Court of Pakistan, which has clearly concluded that Aman Ambulance was not responsible for Amal Umer’s death.

On August 13, 2018, Amal was killed when a policeman fired a bullet attempting to kill a robber, who had looted her family a few minutes earlier in Karachi’s Akhtar Colony area as they waited at a traffic light to attend a concert on the eve of Independence Day. The committee set up to investigate the death of Amal Umar submitted its report in the Supreme Court a few days ago.

The report was submitted by a six-member committee, which includes AD Khawaja, the former inspector-general of Sindh police, and is headed by Justice (retd) Khilji Arif Hussain. According to the report, National Medical Centre (NMC) where Amal was taken, refused to take responsibility for the death of the 10-year-old. The hospital also changed the date and time of Amal’s death. “The hospital did not give the proper medical equipment to transfer the wounded child and even lied to the committee,” the report said. “NMC also changed the date and time of her death so that it could be proved that the child was dead on arrival at the hospital.”

Reacting to the report, Aman Foundation’s General Manager and spokesperson Khaqan Sikander welcomed the report by the esteemed committee. He regretted that a lot of fake news was spread around the events of the tragic death of Amal.

He said: “There are a few facts which we at Aman Foundation would like to clarify as we feel it is important for the correct information and an accurate reporting of such information to be made public, considering the nature and sensitivity of the case.

The esteemed committee concluded clearly that Aman Ambulances were not responsible for Amal’s death. Hence the reports being circulated by certain sections of the media which erroneously state that “Aman has admitted its negligence” or “has been found responsible” and other similar statements are factually incorrect and misleading.

Our internationally recognized systems have helped us save more than 1 million lives in the last decade only and we are committed to serving the public in the best manner possible. Furthermore, as a professional organization involved in public service, we are always open to improving our service delivery standards and have expressed this commitment in relation to Amal’s case as well.”

Mr. Sikander explained that Aman Foundation is a non-profit organization and currently operating with merely 60 life-saving ambulances while Karachi requires a minimum of 200 (as per WHO guidelines) ambulances.

“The current deficit in the required number of life-saving ambulances means that at any given time there is only 1 ambulance available for 9 life-threatening emergencies. As a private not-for-profit organization offering this critical public service, we are constantly fighting the battle to save the maximum number of lives with our limited resources. Understanding that it is the need of the hour, the Government of Sindh (GoS) has committed to fund our current ambulance fleet and also to increase the number of ambulances to 200 by the end of this year. We await execution on this commitment by the Sindh government as it will prove to be a landmark step for emergency medical services for the people of Karachi and will help reduce response times and increase the availability of critical emergency ambulance services so that tragic cases like Amal’s can be avoided in the future.”

He concluded: “Our thoughts and prayers remain with Amal and her family. We have been and will continue to be committed to serving the people of Pakistan.”