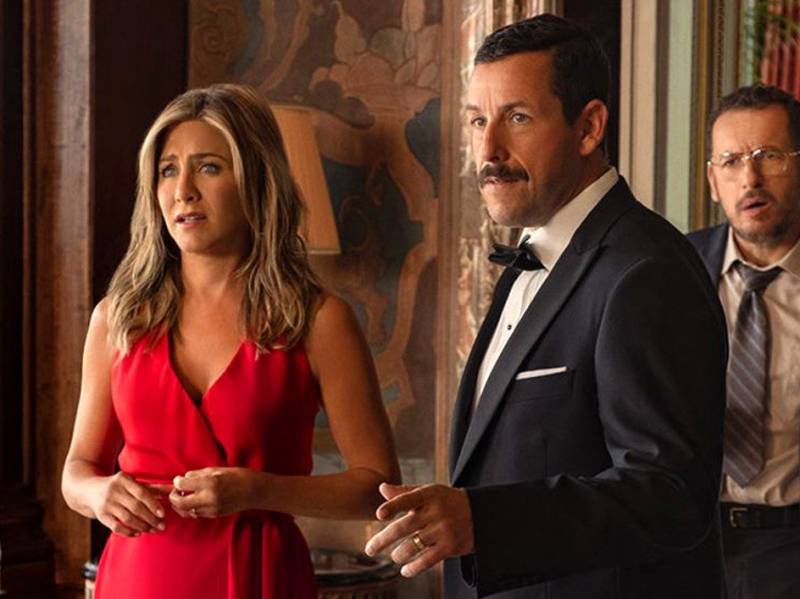 Get ready to see more Adam Sandler in your Netflix feed.

Netflix has once again extended its contract with Adam Sandler and his production company, Happy Madison Productions, for another four films for the streaming service.

Sandler, a former “Saturday Night Live” cast member who built a career on movies such as “Grownups” and “The Water Boy,” has become one of the biggest draws on Netflix, according to the company.

According to a press release, Netflix subscribers have reportedly spent two billion hours watching Adam Sandler movies since his first service original, The Ridiculous 6, premiered in 2015. And, based on new viewership metrics, Sandler’s most recent Netflix film, Murder Mystery, was queued up by 83 million households in its first week of release.

“Whether you know him as Sandman, the Water Boy, Billy Madison, Happy Gilmore, Nick Spitz or simply Adam, one thing is clear: our members can’t get enough of him,” says Ted Sarandos, Netflix’s chief content officer, in a statement announcing the extended deal. “They love his stories and his humor, as we saw with Murder Mystery. So I could not be more excited to extend our partnership with Adam and the Happy Madison team and deliver more laughs around the world.”

Sandler's six original Netflix movies are: The Ridiculous 6, The Do-Over, Sandy Wexler, The Week Of, and Murder Mystery, as well as family film Hubie Halloween that'll be released later this year.