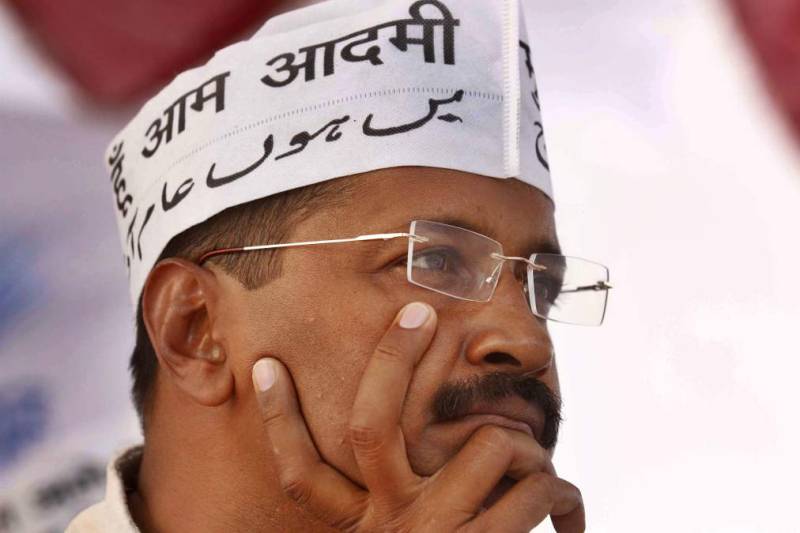 DELHI (Web Desk) - The Aam Aadmi Party has found its way around the Supreme Court ban on the use of pictures of chief ministers on government advertisements.

Delhi chief minister and party supremo Arvind Kejriwal has been reaching out to his electorate through FM radio. In a 76-second ad spot, which is being played at least 40 times a day on some radio stations, the Delhi chief minister is propagating his government’s works.

‘Jo Kaha, So Kiya’ (delivered as promised) is the tagline of the ad in which Kejriwal refers to his party’s pre-poll promises and the plans to implement them as envisioned in the recently-presented Delhi budget.

Sources said the government is spending `50 lakh on the radio advertisement which will continue to be aired this week, Hindustan Times reported.

In a landmark judgment, the Supreme Court had ordered a stop on using the pictures of chief ministers and other political personalities on the advertisements, billboards or hoardings of government schemes. The Prime Minister and the President are the only exceptions to the rule.

The radio ad is part of the Delhi government’s blitzkrieg that it plans to unleash to advertise its achievements and plans. A consolidated fund of `520 crore has been set aside that will be spent on the information and publicity this financial year.

This is for the first time that a consolidated fund has been created for the purpose, as earlier every department used to plan its own advertisements and the expenditure. Sources also said that the consolidated amount is much more than what used to be spent on promotion earlier.