Before Amjad Sabri: The other word-class artists Pakistani artists slain in the country 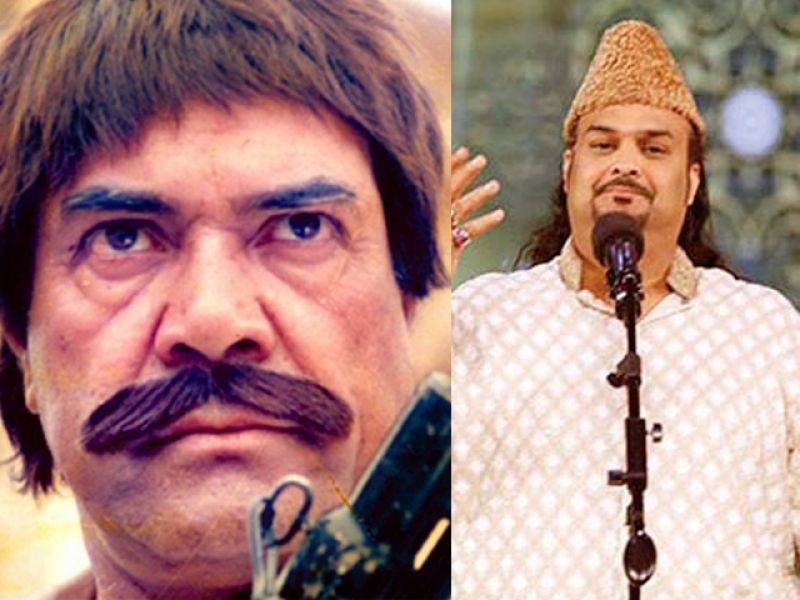 LAHORE: Amjad Sabri was not the first celebrity to be shot dead by unidentified gunmen in Pakistan. Sadly, there are many word-class Pakistani artists who were assassinated before him, and, in each case, the government was unable to catch the perpetrators.

Before Amjad Sabri, the model and stage dancer Sangam Rana’s body was found hanging by the ceiling fan in December, 2015 in Lahore.

Pashto telefilm actress Mussarat Shaheen was shot dead in a targeted attack by unknown assailants in August 2015 in Nowshera. Mussarat acted in local dramas which were sold on computer discs.

Artist Sana and drumbeater Ibrahim were killed in Swabi while returning home after performing at a wedding party in December 2014.

A popular female Pashto singer Gulnar alias Muskan was shot dead by unidentified gunmen in Peshawar in the month of December 2013.

Another prominent singer Saima Naz breathed her last in November 2013 as she being seriously injured by her brother, who opened fire on her in Peshawar.

Renowned Pashto language singer Ghazala Javed was shot dead along with her father in Peshawar in the month of June 2012. Ghazala was visiting a beauty parlor in Mohalla Nuo, Dabagari for pre-show preparations. When she left the salon with her father, two unknown armed men riding a motorbike fired at her.

A Quetta-based popular Pashtun singer and television actress Yasmeen Gul was found dead at her home in November 2010. Gul was well-known in Pashtun communities on both sides of the Pakistan-Afghanistan border for her performance of folk songs.

In the month of March 2010, another young female dancer Afsana was killed while her two sisters and two other performers escaped unhurt as they were waylaid on their way back from a dance party in Peshawar.

Kamal Mehsud, the most famous singer of Waziristan, died in January 2010 in a fire that broke out in his house in Islamabad when his family was away for a wedding ceremony. The family alleged foul play and held the Taliban responsible. The killers had reportedly tampered with the gas connection of his house, causing a fatal fire to break out.

Ayman Udas, a rising female vocalist in Peshawar, was shot at home, allegedly by her own brothers in April 2009.

Shabana, one of Pakistan’s celebrated dancers, was shot dead in Mingora on 2 January 2009 after defying the Taliban’s ban on music and dance.

Armed men dragged Shabana away from her home in Banr Bazaar, and she begged them to shoot her rather than slit her throat. Her body was found slumped on the ground in the center of Mingora city’s Green Square, strewn with bank notes, CDs of her dance performances and pictures from her photo album.

On 15 December 2008, a group of musicians were attacked by armed men in Malakand. Two days later, at a hospital in Peshawar, the harmonium player Anwar Gul died as a result of injuries.

Finally, famous Punjabi film hero Sultan Rahi was shot and killed by unidentified persons in a highway robbery on GT road near Gujranwala on January 9, 1996.