Imran Khan to have own show on Bol TV 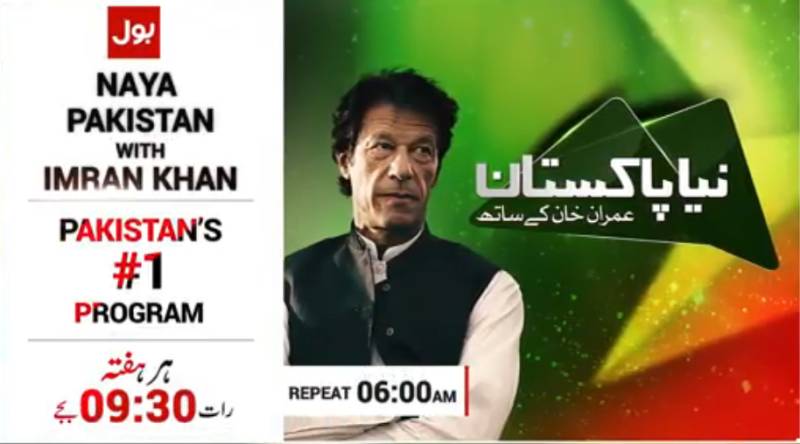 ISLAMABAD - Months after reports of former presidents Pervez Musharraf and Asif Ali Zardari launching their careers on mainstream media, Bol TV announced on Thursday that chairman of Pakistan Tehreek-i-Insaf Imran Khan will also be appearing on a weekly show as a political analyst.

According to the promotional video aired by Bol TV, the weekly show is called Naya Pakistan, a phrase often sloganeered by the PTI leaders in their campaigns and protests against the incumbent government.

Praising and lionising Khan's 'struggle', the promotional video gives clues to the topics and issues the chairman will be addressing: corruption and disorder in the country allegedly mired in venality.

It is pertinent to note that similar advertisements were run for former president Pervez Musharraf and Pakistan Awami Tehreek (PAT) chairman Tahirul Qadri, but those also had proven to be mere interviews.

Bol TV has been mired a tussle with Pakistan Electronic Media Regulatory Authority (Pemra) over 'hate speech' aired from its platform. On several occasions, the media watchdog has issued a show-cause notice to Labbaik Pvt Ltd (Bol News channel) for one or another reason.