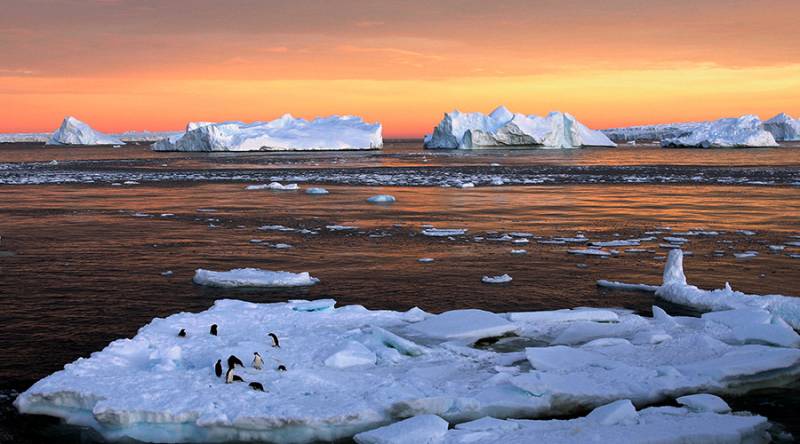 ANTARCTICA - The massive crack in the Antarctic’s Larsen C Ice Shelf – one of the continent’s biggest floating ice platforms – is growing at such a dramatic rate that it will soon break free and create one of the largest icebergs ever recorded.

Project MIDAS researchers, a group of scientists from Welsh universities in Swansea and Aberystwyth charged with studying the shelf using EU satellites, released an update on Wednesday. It showed that the crack had grown an additional 17km (10.5 miles) between May 25 and May 31.

The rift in Larsen C has grown by 17km in the last few days, and is now only 13km from the ice front. More details: https://t.co/thwsB75fYM pic.twitter.com/TUay0gu8s3

The massive shelf now has only 13km to go before it breaks away completely and floats alone in the southern ocean. When the inevitable happens, the Larsen C ice shelf will lose more than 10 percent of its 5,000 sq km surface area.

“The rift tip appears also to have turned significantly towards the ice front, indicating that the time of calving [breaking] is probably very close,” the researchers wrote in a blog post. “There appears to be very little to prevent the iceberg from breaking away completely.”

When it eventually breaks free it will leave that section of the Antarctic ice front at its most retreated position ever recorded and will “fundamentally change the landscape of the Antarctic Peninsula.”

Researchers are now concerned that once the area breaks free it will leave Larsen C less stable than it was and that the ice shelf will follow the example of its neighbor, Larsen B, which disintegrated in 2002 following a similar event.