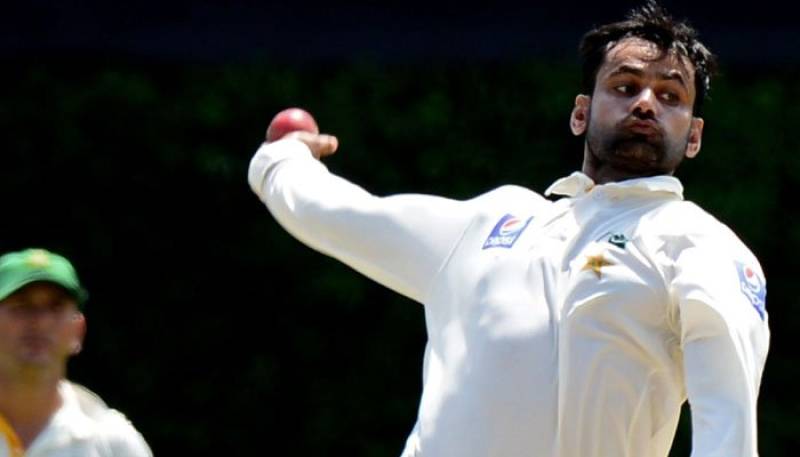 LONDON: The International Cricket Council (ICC) on Tuesday announced that following remedial work and re-assessment, Mohammad Hafeez's bowling action has been found to be legal, and the off-spinner can now resume bowling in international cricket.

On April 17, Hafeez underwent a re-assessment of his bowling action at the Loughborough University where it was revealed that the amount of elbow extension in his bowling action was within the 15-degree level of tolerance permitted under the ICC Illegal Bowling Regulations.

The match officials are still at liberty to report Hafeez in the future if they believe he is displaying a suspect action and not reproducing the legal action from the reassessment, the ICC said in the press release. To assist the match officials, they will be provided with images and video footage of the bowler’s remodelled legal bowling action.

Reacting to the news, Hafeez tweeted he was happy to be allowed to bowl again and made a special mention of the NCA staff, thanking them for remedying his action.

Alham du Lillah 🤲🏼 , passed my ICC bowling action test , So happy , thanks to @TheRealPCB , @najamsethi for their support , special thanks to all NCA staff to help me in my remedial work , thanks to @1crowey & @PHurrion for their input 👍🏼 ,