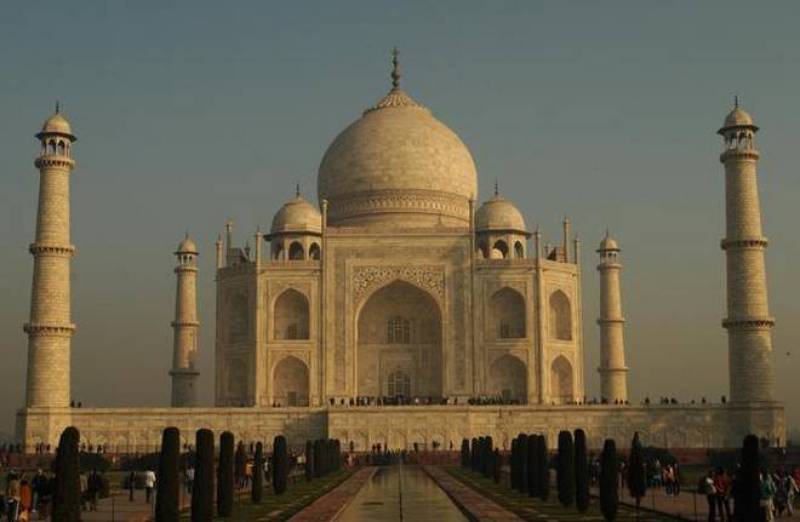 NEW DELHI - The Taj Mahal was yellow and now turning brown and green, the Indian Supreme Court Bench of Justices Madan B. Lokur and Deepak Gupta found from photographs handed over to them by noted environmental lawyer M.C. Mehta in open court on Tuesday.

Mehta said the upkeep of the UNESCO World Heritage site was in a shambles. River Yamuna, which used to flow nearby, has dried up. Encroachments and industries have cropped up in the neighbourhood of the white marble mausoleum. CCTVs hardly work. The government merely views the Taj as a money-making venture.

Looking at the photographs repeatedly, Justice Lokur wondered whether the Taj Mahal in its present discoloured form would end being the “eighth wonder of the world.” Justice Lokur asked the government whether it has or not the expertise to conserve the 17th-century monument.

“Even if you have the expertise, you are not utilising it,” the court observed. It urged the government to get help from international conservation experts, if required, to restore the monument to its pristine glory.

The court observed that foreign dignitaries are still given a tour of the Taj Mahal. This would surely mean that the government is interested in its preservation.

Nadkarni submitted that the maintenance is done by the Archaeological Survey of India. He said there were also expert bodies like the Indian National Trust for Art and Cultural Heritage (INTACH), which has worked to preserve an ancient fort in Goa.

“These photographs show a lack of will... when was the last time you visited the Taj?” Justice Lokur asked the government lawyers. When they replied that it has been over a decade, Justice Lokur replied, saying “well, you better go and take a look again.” ASG Mehta, appearing for Uttar Pradesh, said the State could assure the court that steps to protect and preserve the monument would be accelerated.