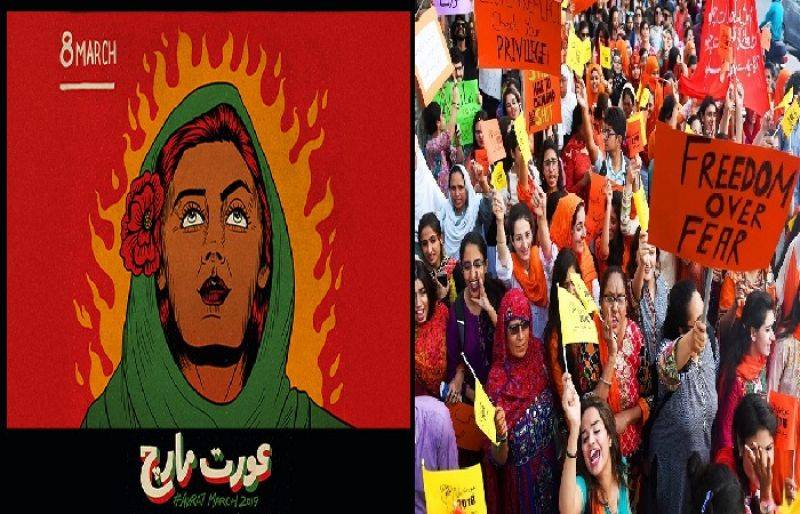 ISLAMABAD - The Islamabad High Court would take up a petition filed against the organizers of recently conducted Aurat March on Thursday.

The petition, to be taken up by IHC Chief Justice Athar Minallah, terms the campaign ‘immoral’ which has left a negative impact on the youth, emphasizing that not controlling such a march was against the Islamic ideology of the country.

The petitioner also called for stern action against those involved in the march pleading that those who displayed 'immoral banners' should be identified and their details be sought from the National Database and Registration Authority (NADRA).

Aurat March was organised in Pakistan on International Women's Day wherein women from different walks of life called for gender equality and dismantling the patriarchy in social fabric of the country.

Some of the placards displayed in the march attracted flak from social media users who advocated that feminism and misandry should not be confused, calling upon women to focus more on issued faced by women in public sphere instead of highlighting the problems faced on an individual level.

One of the banners called upon men to stop sending d*** pictures to women, while another poster stressed men to play an active part in carrying out domestic chores alongside women.

The Council of Islamic Ideology in its meeting also observed that unethical and immoral slogans were heard at the rallies held on March 8.

“We have noted that it was due to the decaying family system in the country and the council will try to determine the reasons for disintegration of the family system,” IIC Chairman Dr Ayaz said, adding that it was the responsibility of the council under its mandate to suggest ways and measures for the Muslims of the country to live their lives according to principles of the Quran and Sunnah.