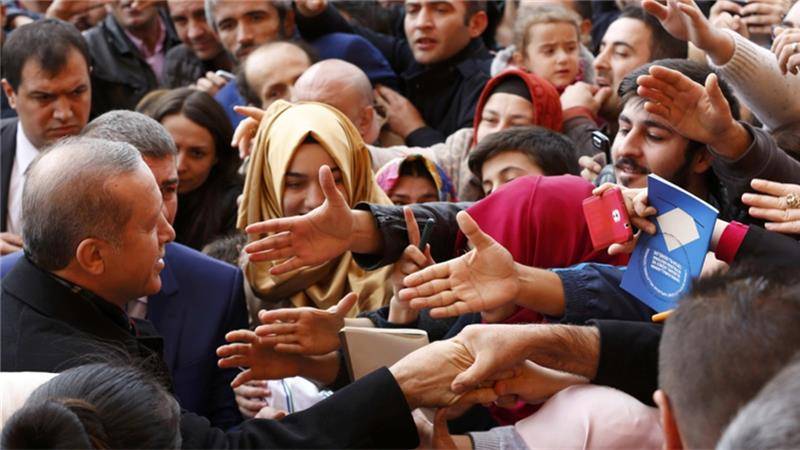 ANKARA (Web Desk/APP) - The Justice and Development Party (AK Party) is set to lead Turkey alone once again after a five-month break, according to unofficial preliminary results of snap polls, Al Jazeera reported.

The party leads Sunday’s general elections with 50 percent of the votes, results reported by the semi-official Anadolu Agency showed.

The AK Party is followed by the centre-left Republican People’s Party (CHP) with 24.6 of the votes, far-right Nationalist Action Party (MHP) with 11.9 percent and the pro-Kurdish left-wing Peoples’ Demcoratic Party (HDP) with 10.1 percent.

With these results, AK Party is predicted to claim 319 seats in the 550-seat parliament, chased by CHP with 130 seats, HDP with 57 seats and MHP with 44 seats. Parties need to secure 276 seats to govern the country alone.

More than 54 million people were registered to vote at some 175,000 stations and the participation rate stood at 86.1 percent.