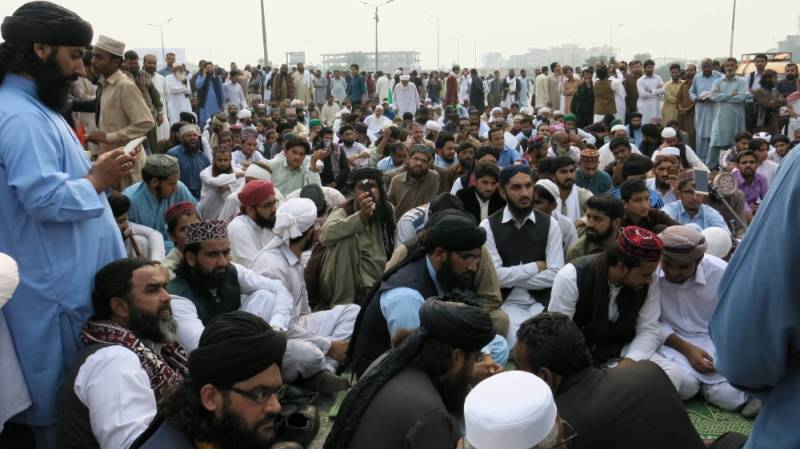 ISLAMABAD - The life of Dutch Ambassador to Pakistan Ardi Stoios-Braken is at risk amid the worsening law and order situation in the country, especially due to the agitation movement launched by the Tehreek-e-Labbaik Pakistan (TLP) after the Supreme Court acquitted Aasiya Bibi in the blasphemy phase.

According to a notification issued by the Ministry of Interior, there are reports that zealots, with alleged links to the Labbaik, have planned to stage an attack on the Dutch envoy in a bid “to seek revenge for uploading of blasphemous caricatures by Greet Wilders, Dutch parliamentarian, on his personal Twitter account.” 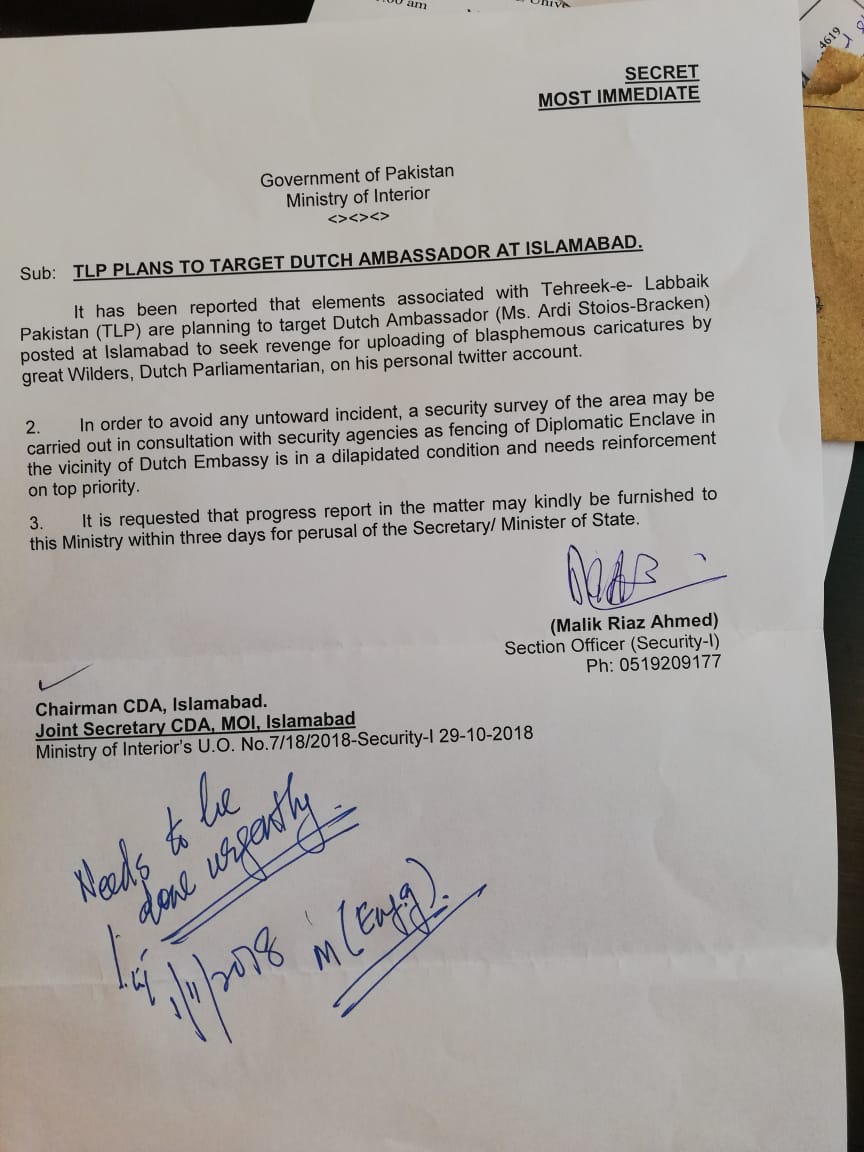 A complete security survey has been directed to avoid any untoward incident. Moreover, the security agencies have been tasked to complete fencing of the Diplomatic Enclave in the vicinity of the Dutch Embassy, the notification said while citing it as a top priority.

In this regard, the Ministry of Interior has sought a progress report within the next three days.

In October, the Foreign Office had lodged a strong protest with the Dutch ambassador over the blasphemous tweets by Wilders.