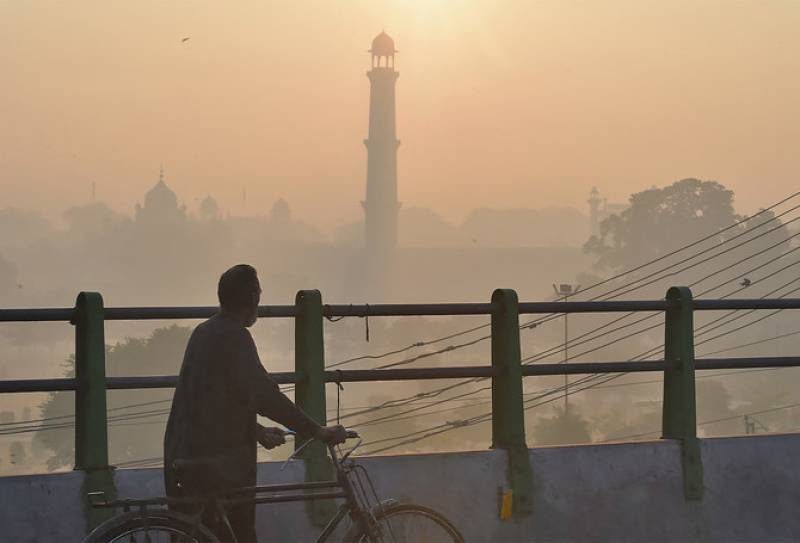 Lahore, the cultural hub and provincial capital of Pakistan's Punjab province, on Monday ranked 1st among top 10 cities across the world with poor air quality, according to the data released by the US Air Quality Index.

November is usually the worst month for pollution across north India and Pakistan as farmers burn off stubble in their fields and the cooler weather can trap pollution.

The US Air Quality Index includes the concentration of PM2.5 particles as well as bigger pollutants. These particles can cause cardiovascular and respiratory diseases including lung cancer, and pose a particular risk for people with COVID-19.

"PM2.5 concentration in Lahore air is currently 24 times above the WHO annual air quality guideline value," read an update on the city's air quality on the US Air Quality Index website.

It recorded a particulate matter (PM) rating of 289 that regarded the city as “very unhealthy” in terms of air quality.

The United States Environmental Protection Agency (EPA) regards the air quality satisfactory, if the AQI is under 50.

Karachi, the financial hub and largest megapolis of Pakistan, stood at number 5 on the index. The PM2.5 concentration in Karachi was recorded at 153 — six times above the WHO's guideline value — and the city was declared "unhealthy."

Lahore, which suffers from high levels of air pollution, regularly ranks among the cities with poor air quality rankings. The issue of extreme air pollution in the city attracted public attention for the first time in 2017.

In an attempt to counter air pollution and smog, the Punjab government also restricted burning of crop residues and garbage across the province for a period of one month, starting October 6.

Old-fashioned kilns were to be shut down, while the burning of garbage, tires, plastics, polythene bags, rubber and leather items were banned across the province, a government notification said.