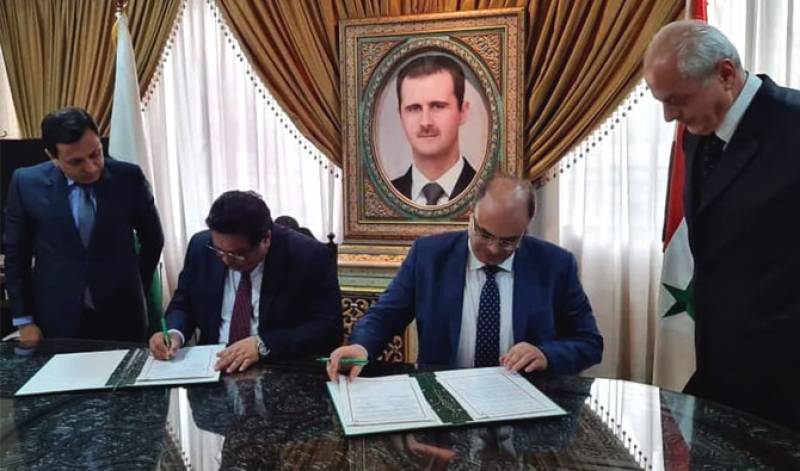 ISLAMABAD -- Pakistan and Syria on Sunday signed a memorandum of understanding (MoU) on a joint working group to expand bilateral trade and economic relations.

According to Pakistan's commerce ministry, officials from the two countries have recently been discussing expansion of bilateral ties after a meeting between Syrian Chargé D’ affaires in Islamabad Mazen Obeid and Pakistani Interior Minister Sheikh Rashid Ahmed in September.

The memorandum was signed at the office of the Syrian Minister for Economy and Foreign Trade Samer Al-Khalil in Damascus on Sunday. Pakistan’s Ambassador to Syria Air Marshal (retired) Saeed Muhammad Khan inked the document.

“They cited the MoU as an essential document for starting bilateral cooperation in different domains, especially the direct exchange of visits of businessmen from both sides,” the Pakistan Embassy in Damascus said in a statement.

“The two sides discussed various issues relating to exploring and activating venues of bilateral cooperation in the field of commerce and economic exchanges.”

Ambassador Khan said the resumption of direct flights between Pakistan and Syria was “an important step” toward activating bilateral trade and encouraging business delegations from both sides to explore opportunities in various fields.

The Pakistani embassy said the two sides agreed to fix a time for ministers of economy and trade to discuss related issues and exchange views over a webinar.