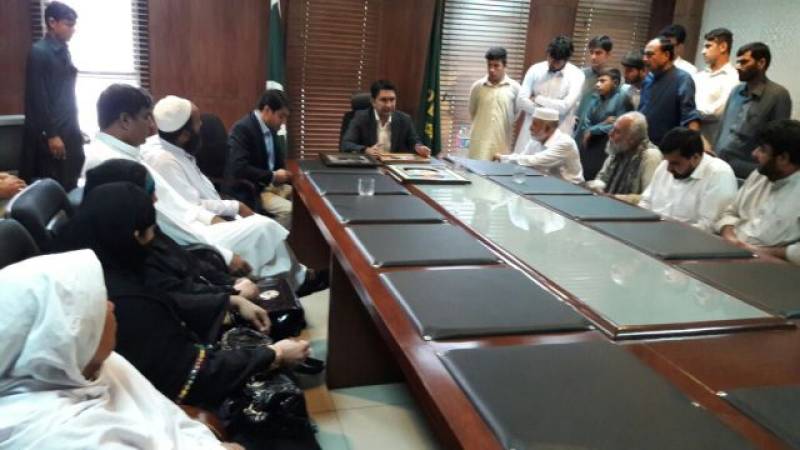 They protested in a bid to push the federal government for a judicial inquiry into the December 2014 terrorist attack.

At least 150 people, mostly school kids were killed when Taliban gunmen stormed Army Public School in Peshawar. The attack, one of the most lethal in the country’s history, led to a countrywide crackdown on militants across Pakistan under the National Action Plan (NAP).

Some families of the victims insist that the government order a judicial inquiry into the onslaught.

Subsequently a serial publication of protests in Peshawar over the final one a half year, dozens of families of the victims converged on Islamabad and called for a meeting with Prime Minister Nawaz Sharif.

The Islamabad administration tried to persuade the demonstrators to end their protest, but they declined to budge and threatened to go to Red Zone.

This prompted State Minister Tariq Fazal Chaudhry to reach the venue and assure the protestors that he would arrange their meeting with the premier minister.

Speaking on this occasion, representatives of the APS victims said that they were forced to come to Islamabad after their demands were not heard by Khyber Pakhtunkhwa authorities.