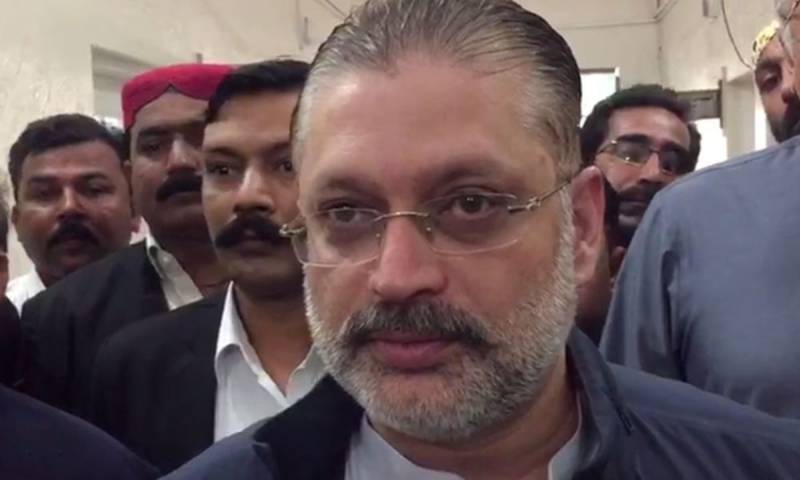 KARACHI - Besides liquor and a healthy Shrajeel Memom, four bags full of cash were also recovered from the room of a Karachi hospital where the former Sindh information minister was being treated for his heart condition, an eyewitness revealed late Saturday.

Memon, who had been under treatment and in judicial custody at the Ziauddin Hospital's Shirin Jinnah branch, where his room had been declared a sub-jail, had a surprise visitor – the Chief Justice of Pakistan – on Friday. The facility housing the PPP leader was one of three hospitals that the chief justice paid surprise visits to this morning before arriving at the Supreme Court's Karachi registry.

While CJP Saqib Nisar sent the incarcerated PPP leader back to the port city’s Central Jail soon after the discovery of three bottles of 'liquor' in his room, the raiding authorities also managed to recover four bags of cash carefully hidden inside the false ceiling of the hospital room.

Sources close to the raid confirmed to Daily Pakistan that later the officials took away the bags with them.

It is yet unclear how much money was there inside the bags and what Memon was doing with such a large quantity of cash inside his hospital room.

With no mention of cash, police took two people into custody over the discovery of liquor at the hospital. 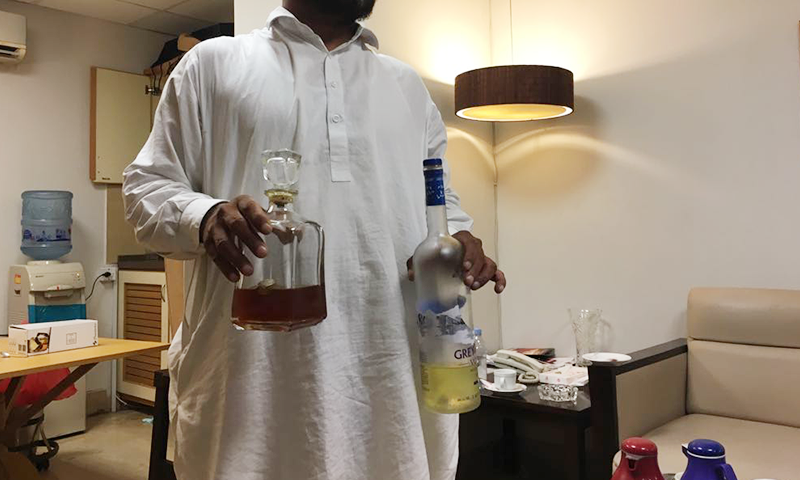 Later, Boat Basin police registered a case against Memon and his three servants over possessing intoxicants.

One was said to be a driver employed by Memon. He claimed that one of the bottles had held cooking oil, and the other honey.

Police said they have collected blood samples from Memon and that "there will be an inquiry" and "action will be taken against those found responsible".

The police have also taken DVR from the hospital for investigation purpose. 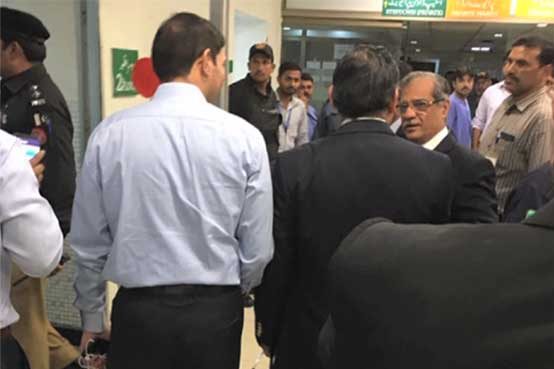 Memon, who was a prominent member of ex-CM Sindh Qaim Ali Shah, has been facing a corruption trial in accountability court.

The National Accountability Bureau (NAB) had filed a reference in 2016 against Memon and others for allegedly committing corruption from 2013 to 2015 in awarding advertisements of provincial government’s awareness campaigns to electronic media that caused a loss of around Rs3.27 billion.

The former local bodies minister along with 11 others had landed in prison in last October after a division bench of the Sindh High Court dismissed their interim pre-arrest bail applications.