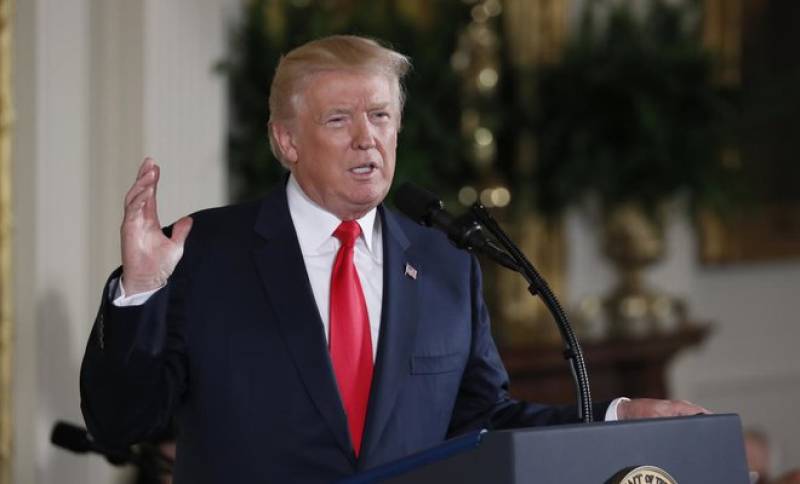 WASHINGTON - The US President Donald Trump says the Russian sanctions law he signed into force is "seriously flawed" and includes unconstitutional provisions that usurp presidential authority.

"Today, I have signed into law HR 3364, the 'Countering America's Adversaries Through Sanctions Act.' While I favour tough measures to punish and deter aggressive and destabilizing behaviour by Iran, North Korea, and Russia, this legislation is significantly flawed," Trump said in a statement released by the White House.

In its haste to pass the legislation, Congress "included a number of clearly unconstitutional provisions," Trump said.

The biggest problem with the bill is that it "encroaches on the executive branch’s authority to negotiate," which will make it harder for the US to strike good deals and will "drive China, Russia, and North Korea much closer together," according to the president.

"Congress could not even negotiate a health care bill after seven years of talking," Trump said, taking a dig at last week's failed, unrelated attempt to repeal and replace the Affordable Care Act, better known as Obamacare. The deciding vote against the repeal bill was Senator John McCain (R-Arizona), a major supporter of the anti-Russian sanctions.

"Yet despite its problems, I am signing this bill for the sake of national unity," Trump said. "It represents the will of the American people to see Russia take steps to improve relations with the United States. We hope there will be cooperation between our two countries on major global issues so that these sanctions will no longer be necessary."