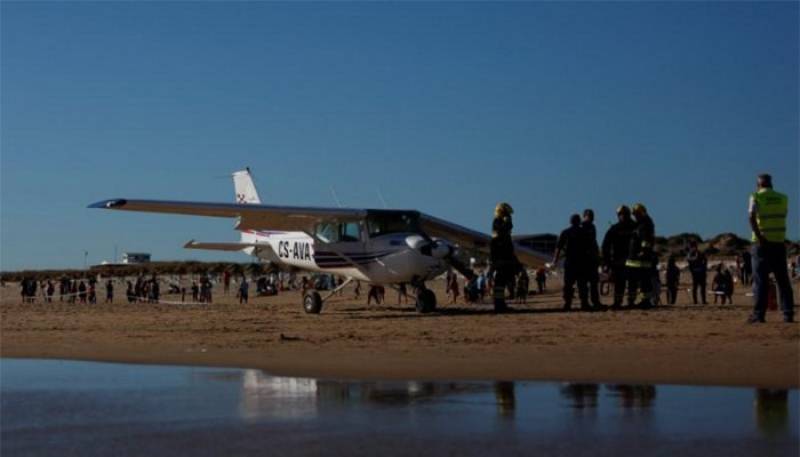 LISBON - A small aeroplane made an emergency landing on a popular, crowded beach near Lisbon on Wednesday, killing two people.

The two sunbathers, a 56-year-old man and an eight-year-old girl, died while others ran into the sea when the plane came down on Wednesday.

Hundreds of sunbathers were on the popular São João da Caparica beach, 20 miles (30km) south of Lisbon, at the time. Officials said they were not aware of any other injuries, according to The Guardian.

“A plane with two people on board made an emergency landing on São João da Caparica beach, striking two sunbathers and causing their deaths,” Portugal’s national maritime authority said in a statement.

The plane appeared to have a partly broken left wing, which hung lower than the right wing, Portuguese television pictures showed.

Witnesses told local media that the dead girl was with her parents, who were unhurt. The plane passed over the dead man’s legs as he sunbathed on a towel, they said.

Some sunbathers said the plane appeared to be gliding, as they heard no engine noise.