Social media influencer will be seen in ‘Bhaijaan’ next year 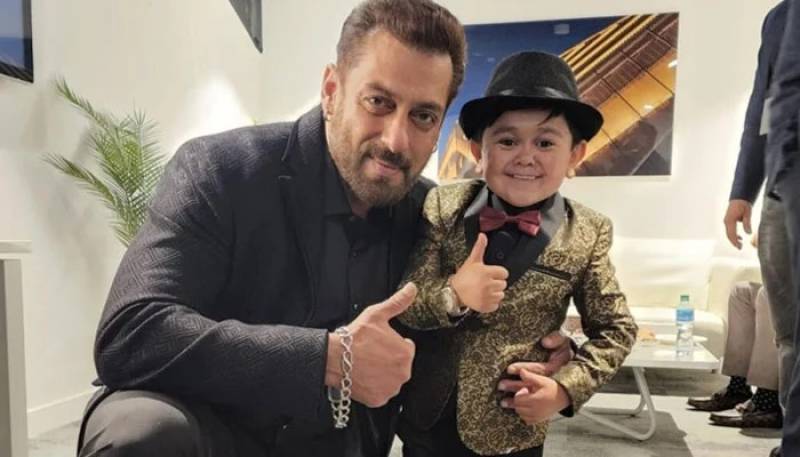 Even the things that you haven't imagined in the wildest of your dreams happen. That's life and the same thing has happened with Abdu Rozik, the world's smallest singer who has got a role in an Indian movie featuring Bollywood's biggest stars like Salman Khan.

Rozik, a Dubai-based internet sensation from Tajikistan, stands just over three feet. He has grabbed a "key role" with Salman Khan in Farhad Samji's upcoming film 'Kabhi Eid Kabhi Diwali', which is likely to be renamed as 'Bhaijaan'.

The action comedy is scheduled to hit the theatres next year.

"I am so happy and excited to be making my Bollywood debut with Salman Khan. Never in my wildest dreams did I imagine that one day I would do a movie with such a huge star. I will work hard to prove that the faith reposed in me is not misplaced," a Dubai-based publication quoted Rozik, 17, as saying.

"I am so happy and excited to be making my Bollywood debut with Salman Khan. I will work hard to prove that the faith reposed in me is not misplaced."

'Kabhi Eid Kabhi Diwali' began shooting on Salman's farm on the outskirts of Mumbai in June but its title was changed to 'Bhaijaan'to make it appear as a spin-off of the actor's 2018 smash-hit 'Bajrangi Bhaijaan'.

Rozik, who received the UAE Golden Visa last August, was born into a poor family of gardeners in the Bangkent region of Tajikistan. He suffered from rickets— a skeletal disorder that stunts growth among children. As a child, he would make a living by singing songs at a local bazaar, often earning less than Dh2 a day.

Today, Rozik is a household name in Central Asia, with millions of followers on Instagram and TikTok. In recent months he has collaborated with the likes of Grammy winner AR Rahman and top songwriter-producer RedOne — known for his hits with international pop icons such as Jennifer Lopez, Nicki Minaj and Enrique Iglesias. He was recently awarded the Celebrity Influencer of the Year award.