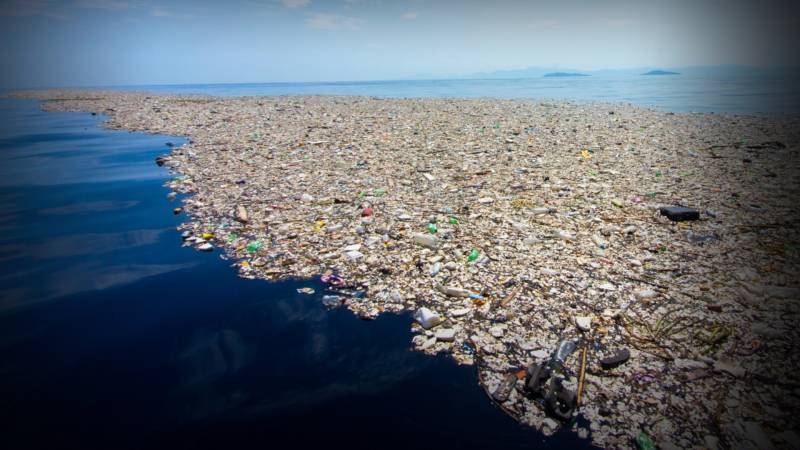 At least 242 million megatons of plastic waste is discarded worldwide every year, equivalent to about ten billion statues of liberty. More than one-sixth of this total plastic pollution comes from just one country – the United States of America.

“In 2016, the United States was the top generator of plastic waste,” reads a new report from the National Academies of Sciences, Engineering, and Medicine. The report, commissioned by Congress as part of the Save Our Seas 2.0 Act, passed with bipartisan support in December 2020.

“Plastic waste is an environmental and social crisis that the U.S. needs to affirmatively address from source to sea,” said Margaret Spring, chief conservation and science officer at Monterey Bay Aquarium, who chaired the committee of experts that compiled the report.

“Plastic waste generated by the U.S. has so many consequences – impacting inland and coastal communities, polluting our rivers, lakes, beaches, bays, and waterways,” Spring added. “[It is] placing social and economic burdens on vulnerable populations, endangering marine habitats and wildlife, and contaminating waters upon which humans depend for food and livelihoods.”

The report found the USA was responsible for “an estimated 42 [million megatons]” of plastic waste in 2016 – that’s more than double almost any other country on the planet, and more than the entire 28 countries of the European Union combined.

Per capita, Americans generate around 130 kilograms (286.6 pounds) of plastic waste annually – that’s the equivalent of every person in the country throwing away one whole plastic Dwayne “The Rock” Johnson AND his adorable French bulldog Hobbs each year.

The vast majority of this waste ends up in landfills, but far too much ends up “leaking” into the environment, the report notes – and not only because of obviously irresponsible choices like littering or shipping the equivalent of 68,000 shipping containers of trash to already-overwhelmed developing countries. Even properly managed plastic waste can end up in the environment – and does so at a rate the report puts at around one or two million megatons per year.

We already know what the consequences of this will be: in less than a decade, the report warns, “the amount of plastic waste discharged into the ocean could reach up to 53 [million megatons] per year by 2030, roughly half of the total weight of fish caught from the ocean annually.”