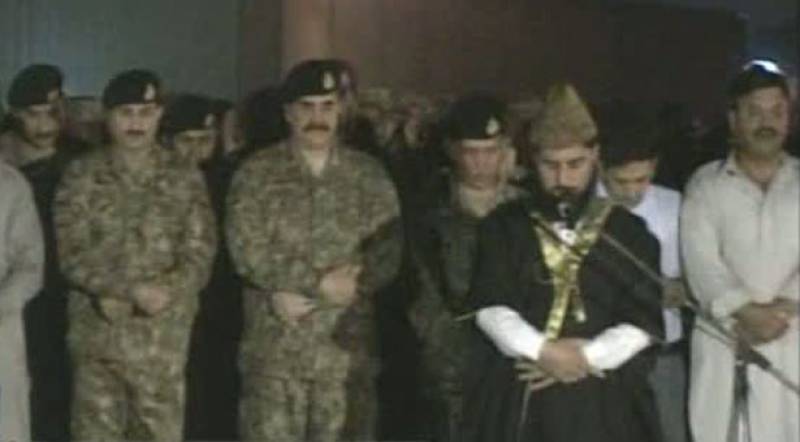 GUJRANWALA (Web Desk) - Chief of Army Staff General Raheel Sharif Thursday attended the funeral prayers of a dozen people including military personnel, who embraced martyrdom when a train carrying soldiers and military hardware fell into a canal in Gujranwala following the partial collapse of a bridge, Samaa TV reported.

The accident occurred near the eastern town of Wazirabad in the country's most populous province Punjab as it headed to the garrison town of Kharian. A statement issued by the military said four carriages derailed as the train crossed Chanawan Bridge.

Military spokesman Asim Bajwa tweeted that eight bodies, including "Lieutenant Colonel Amir", the commander of a unit, had so far been recovered while a further four people were missing. A rescue mission involving rubber dinghies, helicopters and divers was launched, live TV footage showed.

Rauf Tahir, a spokesman for the railways ministry confirmed the incident, adding that the injured were taken to a military hospital in the nearby city of Gujranwala.

Earlier, the army chief visited the survivors of the accident under treatment in the CMH and inquired after their health.