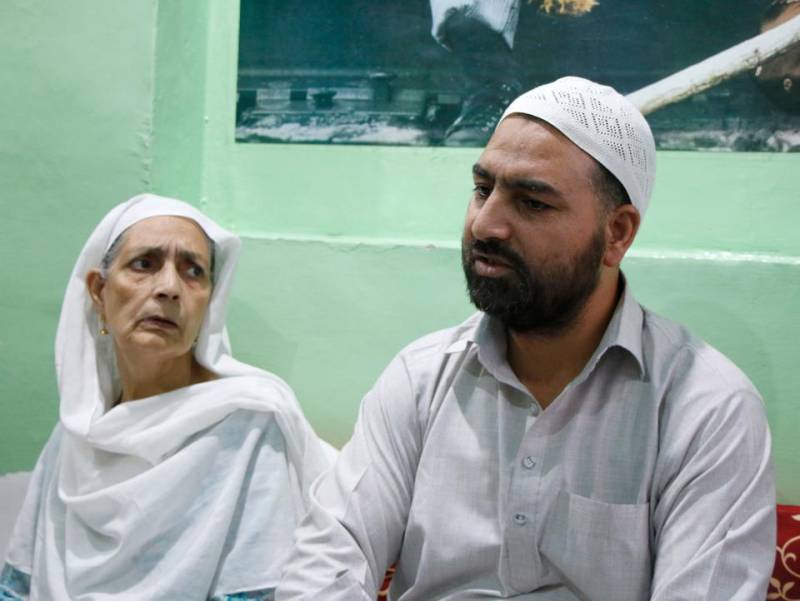 An Indian court has taken at least 12 years to decide that criminal charges levelled against a Kashmiri youth by the Gujarat police were false.

Bashir Ahmed Baba’s birthplace Srinagar has completely changed for him since he last saw it on February 20, 2010. During 12 years of his incarceration in the western Indian state of Gujarat, Baba missed the streets of Srinagar's Rainawari neighbourhood where he was raised.

Now 44 years old, Baba finds himself in a place he barely recognises. He talks of traffic jams, haphazard building constructions, new roads and flyovers that have come up in his absence across Indian Illegally Occupied Jammu and Kashmir.

He was cleared of all charges last week, including the controversial Unlawful Activities Prevention Act (UAPA), a law that has come under heavy criticism as several activists and journalists have been booked under it by the Indian government led by Hindu nationalist Prime Minister Narendra Modi.

“I spent 12 years in prison because I was accused falsely of a crime I didn't commit. But this too must be a test from Allah or maybe even better. Maybe I was meant to go through something even more terrible. Maybe I would have met an accident and spent the next 12 years in a comma. Who knows, maybe this was Allah's way to protect me,” Baba told TRT World while sitting beside his ageing mother at his home.

Baba was 32 years old in February 2010 when he left his home to attend a training workshop arranged by his employer, a German non-government organisation that ran a project in India for medical support of children in rural areas.

The venue for the training was Gujarat, the home state of Prime Minister Narendra Modi who at that time led the state as a chief minister. Baba was supposed to return home in two weeks. But six days into his training, the anti-terrorism squad or ATS of the Gujarat police picked him and his colleague from their dorm room in Ahmedabad, the capital of Gujarat.

According to Baba, between February 27 and March 13, the ATS kept him under detention and interrogated him until they pressed charges against him. India's notorious media organisations portrayed him as a terrorist who had set out to recruit Muslim men in Gujarat. Quoting unnamed sources, the Indian media branded Baba as “Pepsi bomber” for his supposed skill to make explosives in soft drink cans.