10 killed, 60 injured in Philippines after a bomb attack 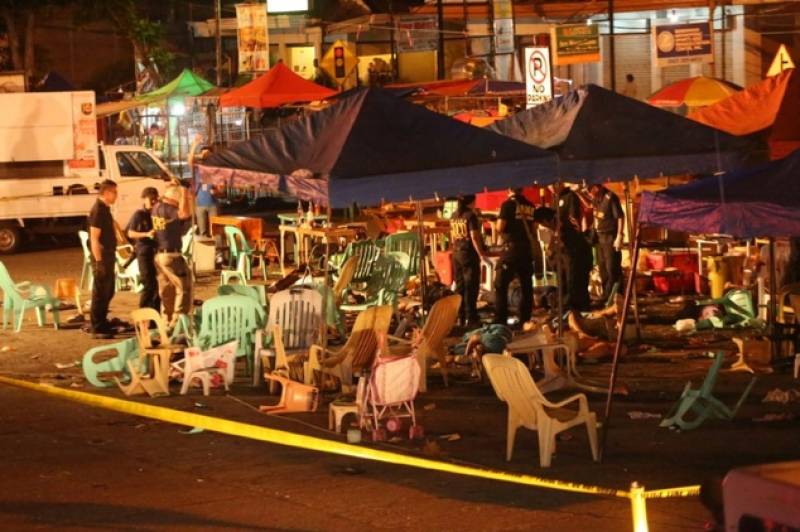 MANILA - At least ten people have been reportedly killed after an attack on a night market in the Philippines.

At least 60 people were injured in the explosion in Davao City, in the southern island of Mindanao.

Witnesses described a loud bang before seeing smoke rise into the air from a massage section at the crowded market, close to the upmarket Marco Polo hotel.

Philippine President Rodrigo Duterte had visited his home city today. He has been reported as safe at a police station after the blast, his son Paolo Duterte, who is vice mayor of Davao City, told Reuters.