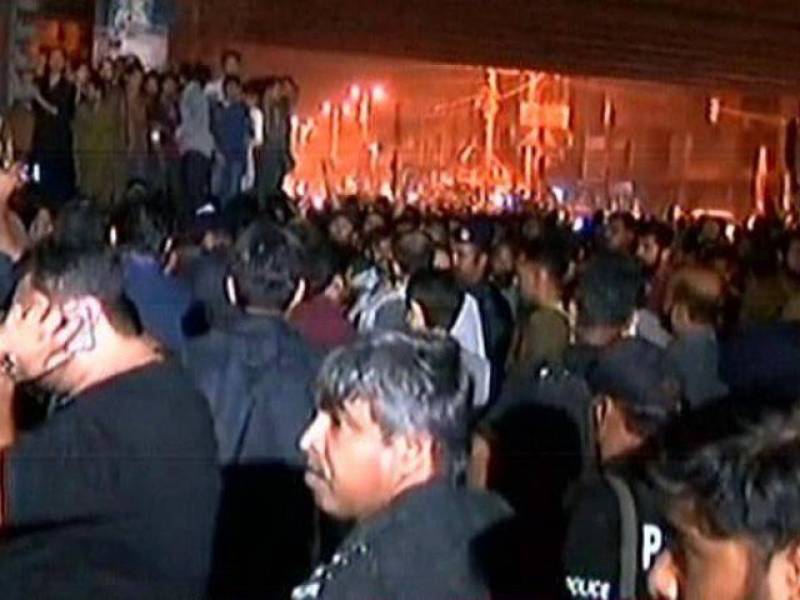 KARACHI (Web Desk) – Paramilitary Rangers had to be called in to bring the situation, triggered by an armed attack on PTI's Azizabad election camp under control, police officials said, a few arrests were also made.

Later, the two sides chanted slogans against each other.

Police officials said they had to baton-charge to placate the workers.