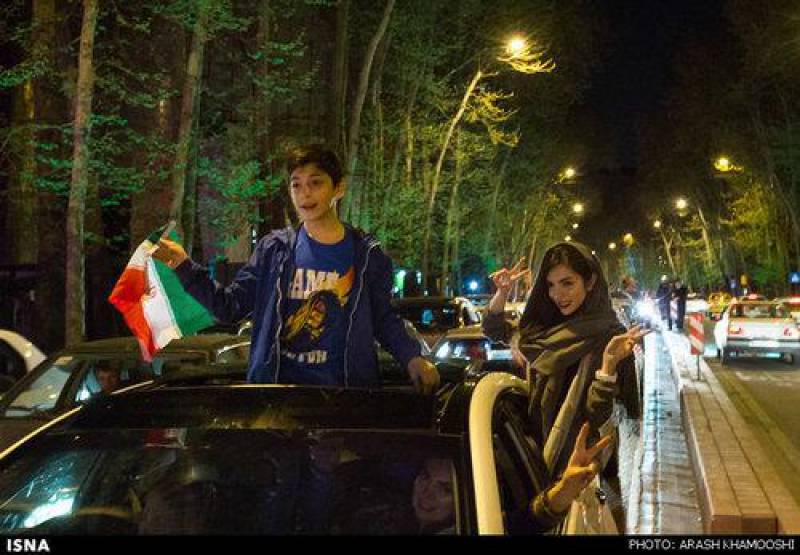 TEHRAN (Web Desk) - Iranians have shown the world how to celebrate following the announcement of a framework deal between their country and six world powers over Iran's hotly-contested nuclear programme, reported Gulf News Friday.

It was the culmination of watching and waiting for the outcome of the week-long marathon talks held in Lausanne, Switzerland.

As soon as their leaders announced the deal via social media, many went out of their homes to have an impromptu street party with friends and family.

Iran's streets erupted into joyful, New Year-like celebrations -- many called the framework deal as a harbinger of a "new era" -- while others turned to memes (humorous message spread on the web, often loaded with political undertones).

It was reported that the event marked the first time an US president’s speech was broadcast live on Iranian state TV since the 1979 Iranian revolution.

Many took to social media to express their joy.