HEC and the dilemma of its working style 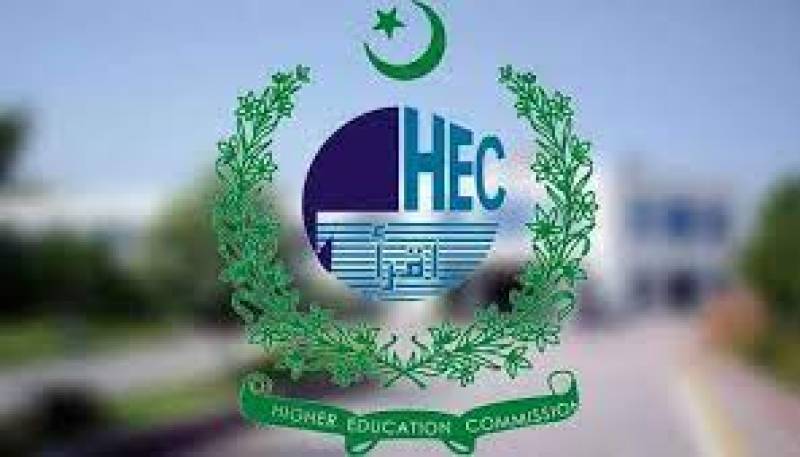 To anticipate the future of a nation, closely monitor the quality of education of that country. Nations that prioritized education successfully proved their mettle over time yet the ones who ignored education, dug the depths of decline. Sadly it was worse than that in our case as said in the following words of Hakeem-ul-Ummat, Dr Allama Muhammad Iqbal:

Alas, the treasure of the Caravan was looted

And the Caravan remained oblivious of this loss & realization!

(Pity that nation kept losing all they had, for they lost the ‘realization’ of losing it)

The field of higher education lays the core foundation of future progress and strength of any nation economically but it is evident that whenever higher education got compromised, not only this sector sank but hopes for a flourishing economy also got shattered.

In Pakistan also, it’s been a long time now, the higher education sector is entangled in hurdles and trials crafted by governmental and non-governmental stakeholders.

From 2002 to 2008 was a six years’ tenure when the growth of higher education in Pakistan was at its peak. During this era, the Higher Education Commission (HEC) was set up by the University Grants Commission in 2002 and Dr. Ata-ur-Rehman was appointed it is very first founding chairman.

I would say that it doesn’t matter how disputed the role of former President General (Rtd.) Pervez Musharraf might be in country politics, his act of establishing HEC from the UGC was a commendable decision that brought the best higher educational opportunities for Pakistani youth.

From the HEC centric reforms and facilities for quality education and research, we could have turned our youth into aspiring icons provided with sheer abidance to the rules and merit system introduced by the then chairman HEC.

During the tenure of Dr. Ata-ur-Rehman, universities’ budget was greatly increased, many private universities were established and the culture of quality education & research was flourished in universities in a glorious manner. Profound opportunities and the same merit criteria for higher education promotion were created without differentiating whether it was public universities or private.

Over time, an "undemocratic government" changed everything in the country and led to the rise of the Pakistan Peoples Party.

Provincial autonomy happened with the passage of the 18th Amendment, hence,  tug-of-war started between the federation and provinces over higher education.

Governmental departments and their clerk-mafia dealing with the provincial higher education institutes started the practice of earning a living by looting universities and considering them golden sparrows.

Not only the owners and stakeholders of private institutions but also the officers of public universities got blackmailed as the result of a ruthless show of unlimited official powers primarily to make a fortune. This is evident from the history of higher education and the thousands of HEI pending files.

The bribery culture has become an addiction in officials which has already destroyed institutions and continues to do so. Particularly private universities across the country have been the victims of this scourge, even though private universities have more than 50% stake in the field of higher education. Without private universities, 50% of Pakistani youth would remain illiterate, which could have a devastating effect on the country's economy. A patriotic Pakistani would shudder at this thought.

It is not possible to ignore the productive role of qualified young people who came to the forefront after studying in these private sector universities and became forerunners of the country’s progress.

The irony of fate however is that the same universities got treated as a rolling stone in hands of unchecked authorities. The pending files kept rolling from one department to another seeking wheelers to get due approvals; which were never given.

Through this platform, the responsibility of 86 universities (and their 31 sub-campuses) approved by the Higher Education Commission has been placed on my shoulders.

Soon after its establishment, APSUP presented its Charter of Demand to the government, the main point of which was to consult the 50% of stakeholders from the private sector to seek their recommendations in the matters of life & death of the higher education sector.

It was reinforced that those patriotic higher education stakeholders who have invested billions and trillions of rupees to actually partner in the bigger dream of constructing a great future for the country, must not be considered as a sheep-hoard worthy of no opinion; their demands must be listened to carefully.

In addition, it was appealed to the government to provide a roof over the years-long cases circulating in various departments and offices, through one window operation system instead of a meaningless, wasteful and useless exercise of dragging files from one to another office.

Eliminate policies that are degrading rather than promoting a culture of research.

While acknowledging the services of private universities, the government should patronize them, consider them as their partner, friend, and helper in the sacred mission of promoting education and not rivals.

Approval cases have been stuck in government offices for years and the punishment for their delay should not be given to private universities through tactical policies; this is sheer unjust.

The autonomy of private universities should be taken care of like public universities, they should be given decision-making power for the betterment of the country.

The HEC should provide equal opportunities to private universities in research, travel, conferences, workshops, and grants.

Committees should be formed by including stakeholders to deal with years-long issues that are still unresolved.

At the government level, there was an immediate good response to the appeal and recommendations made by APSUP. The Punjab Minister for Higher Education Raja Yasir Humayun assured support on every issue and advisory committees were formed.

Governor Punjab Chaudhry Muhammad Sarwar was also kind and sympathetic. He understood the problems of private universities and ordered that no file be withheld for more than a week but after a long sigh and sadly let it be said that despite all this, the private sector is in clutches of the clerk-mafia which was born in the aftermath of the 18th amendment.

Only by the dint of malicious courage and fortitude of the mafia, those good sentiments, and positive instructions have been thrown in the trash. So we are facing the same attitudes, tactics, and difficulties in the new Pakistan which modern states have declared obsolete not if centuries but decades ago.

The chairman of the Higher Education Commission has been replaced recently. What are the factors behind his change is another debate.

Apart from those, however, the government is requested to appoint any new chairman to meet the educational needs of the country, future requirements as well as the current situation. Be aware of the bitter ground realities that have been mentioned above. Be sure to consult stakeholders instead of doing a one-man show; instead of being dictatorial, take everyone on board.

Even if Dr. Tariq Banuri had made decisions in consultation, his performance would have been at least satisfactory enough that even if the government had decided to remove him from office, it would have never been in a current manner bringing disgrace!

The writer is chairman of the Association of Private Sector Universities of Pakistan (APSUP).