PAKvAUS: Australia win only T20I against Pakistan by three wickets 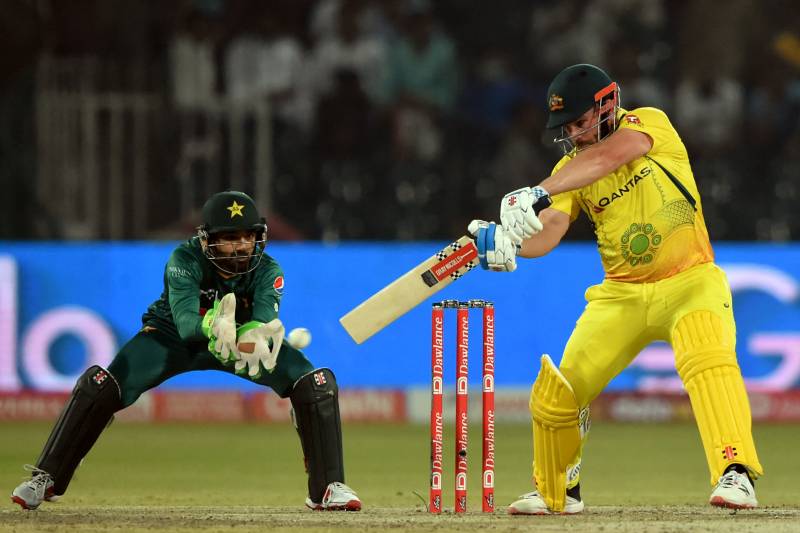 LAHORE – A commanding innings by skipper Babar Azam and some fireworks by Usman Qadir and Khushdil Shah boosted Pakistan's score up to 162 in the only T20I match against Australia at Gaddafi Stadium on Tuesday, but the hosts failed to grab the victory.

Australia have finished their tour of Pakistan on a high with victory in the T20I.

After losing toss in the only T20 game, Pakistani captain Babar Azam said that he wanted to bowl, however, he mentioned that the second innings will not make much difference as Shaheens and Kangaroos will lock horns in last game of the bilateral series.

The visitors, albeit depleted, are all set to face the hosts in the last game of the tour after a decent run in the ODIs – which they ultimately lost by 2-1.

The top order of Men in Green remained significant while hosts will see a reshuffle of their top order with Imam-ul-Haq going out and skipper Babar Azam accompanying Mohammed Rizwan at the top of the order. Haider Ali and Fakhar Zaman are likely to take the middle spots.

The last time both squads met in this format was in the semi-final of the T20 World Cup where Kangaroos managed to clinch by 5 wickets.

On Saturday, the Pakistani skipper slammed his second ton as Green Shirts thrashed Australia by nine wickets in the final one-dayer to claim a 2-1 series victory.

LAHORE – Pakistani hitters put up an excellent show as they slammed Australia in the series-deciding third ODI ...

Haris Rauf, Mohammad Wasim, and Shaheen Afridi bundled out visitors for 210 inside 42 overs while flamboyant Babar smashed an unbeaten 105 and opener Imam-ul-Haq made 89 not out.

Earlier, Australia won the three-test series 1-0 as the squad visited the country for first time since 1998, having previously refused to tour over security fears.