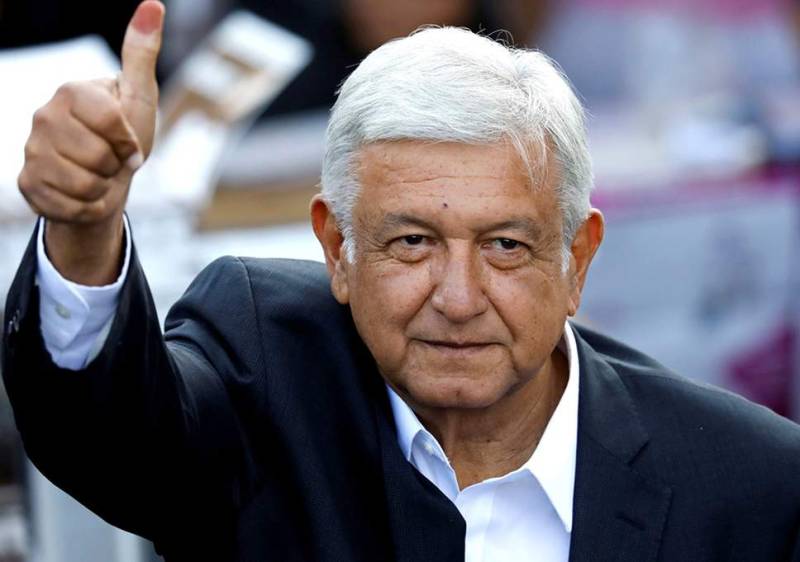 MEXICO CITY - Mexican President Andres Manuel Lopez Obrador started his six-year term Monday with something the country had not seen in years: a presidential press conference.

The anti-establishment leftist known as AMLO assumed the presidency on Saturday, promising to bring "deep and radical" change to a country fed up with corruption and crime.

He got down to business on Monday with a 6:00 am meeting with his public-security team, followed by a 7:00 am press conference that he says will now be a daily ritual.

It was a dramatic departure from the style of his predecessor, Enrique Pena Nieto, who read out scripted statements to the press on a semi-regular basis but almost never took questions from journalists.

"We are going to guarantee the right to information," Lopez Obrador, 65, told a room packed with reporters.

"We're at your disposal to answer your questions. There are no limits, no censorship.... The media are instruments to keep the people informed."

The nearly hour-long press conference touched on a wide range of issues.

Lopez Obrador said the early-morning meeting with his public-security team would also be a daily ritual, calling the record-breaking violence fueled by Mexico's drug cartels "the issue that most worries Mexicans."

He also announced the launch of a commission to investigate the disappearance of 43 students in southern Mexico in 2014, a murky, unsolved case that was one of the biggest stains on the previous administration.

He repeated his statement that he has a "respectful" relationship with US President Donald Trump while calling for a deal in which the United States would invest in economic development in Mexico and Central America to stop the flow of migrants across the US-Mexican border.

Trump for his part is pressuring Mexico for a deal to keep asylum-seeking migrants on its side of the border while their claims are processed, a possible source of tension between the two leaders.

Lopez Obrador also touched on his controversial decision to cancel a new $13-billion airport for Mexico City that was one-third complete, saying bonds from the project would be repaid.

He said he would give further details in Tuesday's press conference after meeting with his finance minister, Carlos Urzua, on Monday afternoon.