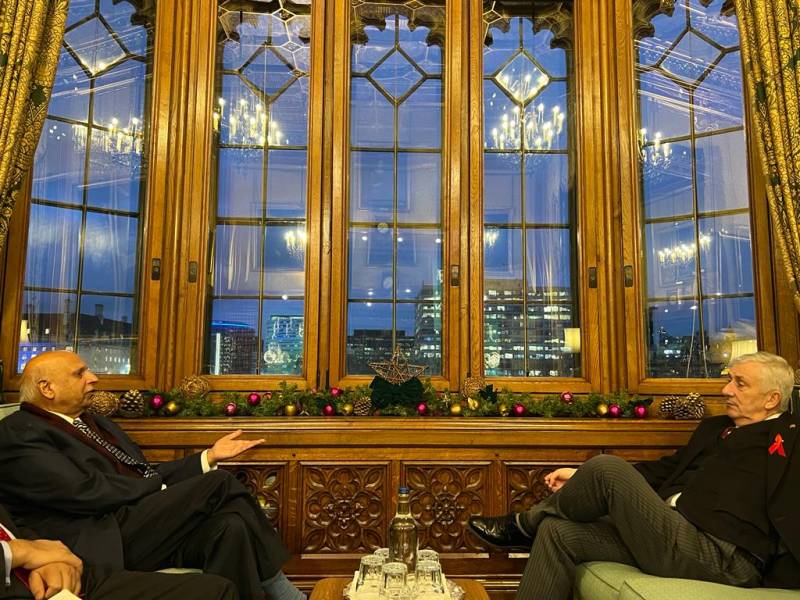 LONDON – Punjab Governor Chaudhry Mohammad Sarwar met a number of political figures during his visit to the United Kingdom this week.

At a meeting with Hoyle, speaker of the the House of Commons, Sarwar discussed Pakistan-UK relations, Pakistan's role in Afghan peace process and the current situation in Afghanistan and the the region.

Briefing Hoyle about Pakistan's role in the Afghan peace process and the problems Afghan people are facing, Sarwar said that Afghanistan is "going through a crisis in terms of poverty and unemployment as well as the provision of basic services such as health".

According to the international media, more than half of the population in Afghanistan does not have access to food and water.

"Therefore, in order to save Afghanistan from any further catastrophe, the world must take note of this situation and move forward to fulfill its responsibility to save human lives and establish peace in Afghanistan," he said.

He asked the world to take notice of the elements that are conspiring to destroy the peace in Afghanistan through terrorism and other acts. "The entire world has to come together and take action against such elements so that intentions of such elements can be thwarted."

"The Afghan leadership is also expected to take all necessary steps to ensure the provision of basic human rights to all, including women, in Afghanistan," he said.

The Punjab governor said there is no doubt that Pakistan under the leadership of Prime Minister Imran Khan has played its role for peace in Afghanistan and the entire region. "The sacrifices made by Pakistan for establishment of peace and eradication of terrorism are an example to the whole world. Pakistan still stands for peace and against terrorism," he said.

Pakistan's High Commissioner in the UK, Mozzam Ali Khan, and Member of the British Parliament Afzal Khan were also present.