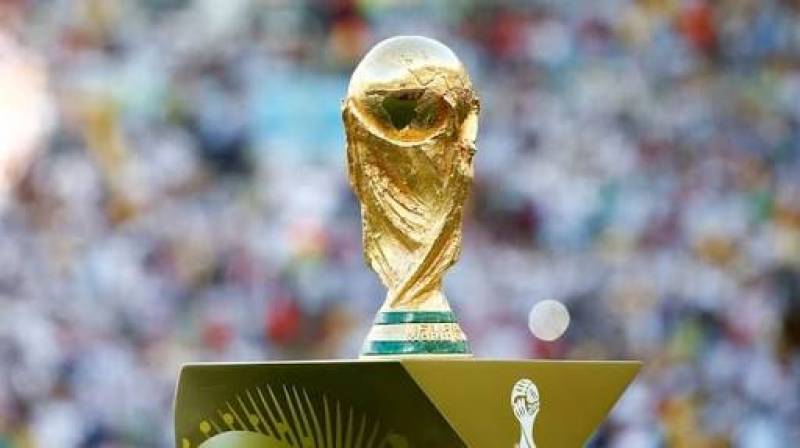 Lahore- The FIFA trophy came to Pakistan and everyone got excited. Even Maya Ali along with Momina Mustehsan, Quratulain Baloch, Younas Khan and Zainab Abbas were a active participants of bringing the trophy to Pakistan. Come fest’18 is an event which has been talk of the town for weeks now. On day two of coke fest the trophy was displayed.

In an interview with sports analyst Zainab Abbas Maya explained how she is happy to be a part tif this event and how follows Messi because of her brother but that was not it, this happened!

Maya Ali is going to be on that plane with us! pic.twitter.com/4mPqBnc6xd

She explains how on the last football world cup her brother forced her to watch the game and then she figured it out “Yeh Messi hai, Yeh Ronaldo hai, Yeh Christiano hai”.

People were quick to notice.

Despite the blooper her fans were there to rescue:

Another reason to love her❤️ She is a Messi fan 😍😍😍

Well, to be honest:

Though I’m really judging @ZAbbasOfficial for posting the video with Maya. She knew very well how vicious social media is, she knew very well the mistake Maya has made. It’s not like she didn’t have time with Maya to remake the video. But she still posted it :) it be ya own frndz

He said it all:

It becomes a big deal when you’re associating yourself with the biggest footballing trophy tour in Pakistan as a brand rep. The authenticity of the representation vanishes into the air as soon as you speak such words. This isn’t actually cool not the trolling. 🤷‍♂️ https://t.co/rLBM5pqGdK

You missed out on the bigger picture here:

Trolls apart there are people who don’t watch football or have less knowledge about it and even the players but people should let go of this honest mistake. On the other hand street football is growing rapidly in Pakistan, due to the lack of resources football fans are pushed back. However it should be appreciated how the management has brought the FIFA trophy to Pakistan.