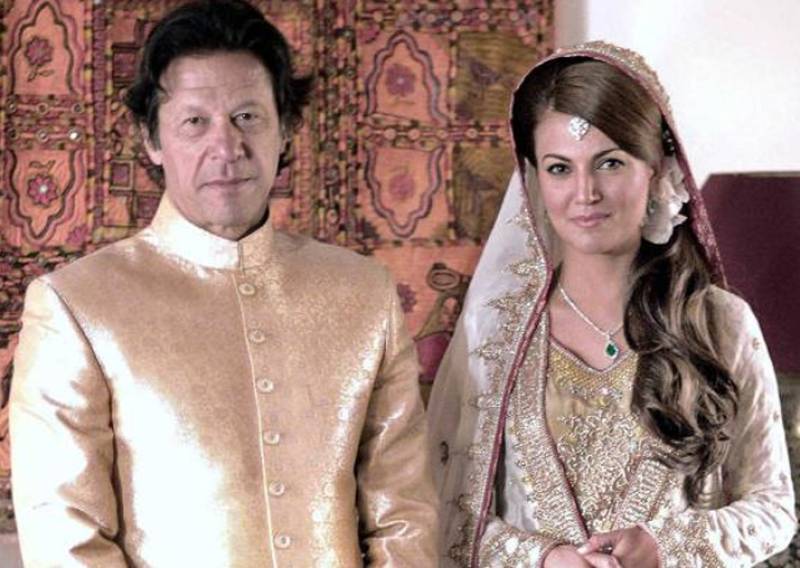 LAHORE - Reham Khan, the ex-wife of Imran Khan has said the Supreme Court’s judgement that her estranged husband has a ‘kind heart’, does not match with his real character.

The 44-years-old journalist said, "She is much upset and wondered that how the top court of the country give him the label of Sadiq and Ameen, " Khan explained this during an exclusive interview with India TV.

"A few recent decisions of our judiciary seem to give a lot of concession in some cases and none whatsoever in others," she said, adding that the court was extraordinarily strict in the case of deposed prime minister Nawaz Sharif's case.

"There was an emphasis that our nikkah rituals be performed on October 31, 2014, and the same date was chosen for the divorce in 2015," she said, that she had no say in the marriage or divorce dates.

"I had no say in the marriage or divorce dates, maybe someone else's opinion carried weight," she said. "There was an urgency that the nikkah should be performed on October 31 only."

"I am not habitual of lying so the circumstances got difficult for me," said Reham. "The marriage was not disclosed for two months and eight days."

The journalist said she was given the 'impression' that Imran's marriage with her would be announced in two to three days after it took place.

"In December, he tweeted that reports of his marriage were greatly exaggerated right in front of me. Despite my advising against it and saying that it would create a mockery [of us], it was a blatant lie yet he was adamant and proceeded ahead to do so."

Reham further added that her sources had confirmed that Imran had remarried.

Khan also said that it was beyond her understanding why Imran had told anyone about their marriage for two months. She said that the marriage date was October 31, 2015, but the two tied the knot on October 31, 2014.

There are reports that Imran has secretly wedded a woman for the third time and is not disclosing it before the media. Imran's spokesman has, however, said that he had proposed marriage to Bushra Maneka, who has asked for time to make a final decision after consulting her family, including her children.

Imran had first tied the knot with Jemima Khan on May 16, 1995, that ended in divorce after nine years on June 22, 2004. His second marriage was with Reham which continued barely 10 months.