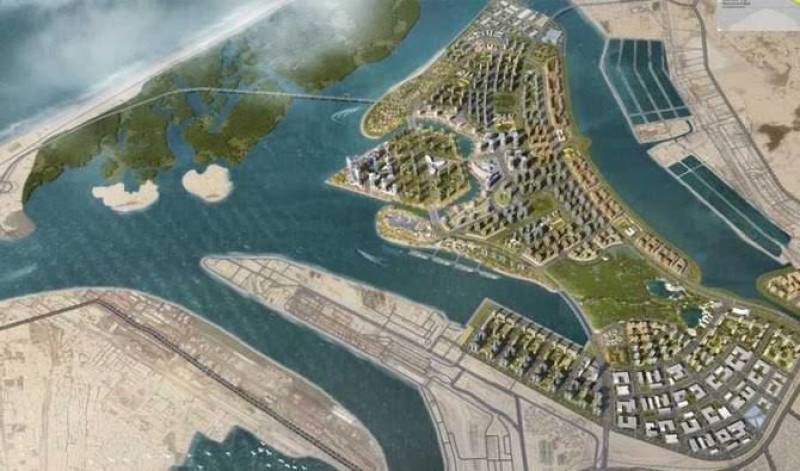 KARACHI – The Sindh government has declared two islands off the coast of Karachi “protected forests” and instructed the wildlife department to notify the decision.

The decision has been made against the backdrop of an ownership dispute on Bundal and Buddo islands between the federal and provincial authorities.

In October 2020, Sindh Governor Imran Ismail announced the federal government was interested in developing new cities over the islands with an investment of $50 billion to “surpass Dubai.”

Sindh’s ruling Pakistan People’s Party (PPP), which is also a major opposition faction on the national level, opposed the plan.

“The cabinet after thorough discussion and deliberations declared Bundal and Buddo Islands as ‘Protected Forests’ and directed the Forest Department to notify the decision,” said an official statement issued after the provincial cabinet meeting this week.

Finally #Buddu #Bundal islands declared protected on Hon' SHC orders in our petition. Sindh Govt left out the islands mangroves from list of protected forest in its 2010 notification telling SHC it was a "laspse/omission". But we all know it was no innocent mistake... https://t.co/wEutXSouk0

The islands have been claimed by the Sindh Forest Department (SFD) and Port Qasim Authority, which works under the federal government.

The Port Qasim Authority sent a legal notice to the Sindh government against any change to the status of the islands on Monday, saying: “Both Bundal Islands and Buddo Islands (collectively the ‘Islands’) fall within the declared boundaries of Port Qasim and were transferred by the Federal Government to PQA.”

The notice served to the chief secretary said “these Islands are situated at the entrance of the Port Qasim Navigation Channel and are owned by our client. Any action in relation to these Islands without consulting our client and obtaining its consent would be illegal and void ab initio.”

“In view of the foregoing,” it added, “you are hereby requested and advised to refrain from altering/changing the status of the Islands in any manner since the same belong to and vest in our client.”

The federal government in August 2020 had promulgated an ordinance to establish Pakistan Island Development Authority (PIDA) to manage landmasses in the internal and territorial waters of the country.

The development created friction between the federal and provincial administrations, though Prime Minister Imran Khan offered the authorities in Sindh to jointly work on the project with his government.

Many petitions were filed against the federal administration’s decision to turn the islands into commercial ventures. Following the Sindh cabinet decision, lawyer and social activist Jibran Nasir said the islands were declared protected on judicial instructions.

“Finally #Buddu #Bundal islands declared protected on Hon' SHC [Sindh High Court] orders in our petition,” he said in a Twitter post, adding: “Sindh Govt left out the islands mangroves from list of protected forest in its 2010 notification telling SHC it was a ‘lapse/omission’. But we all know it was no innocent mistake.”

Pakistan has been thinking of developing these islands since 2008 when the country’s former military ruler General (r) Pervez Musharraf struck a deal with a Dubai-based construction company to build a model city over 12,000 acres along with a 1.5-kilometre-long bridge.

However, the plan did not materialize.