Chaudhry Parvez Elahi has been standing as a stalwart figure among Pakistani politics for last five decades for his sagacity, diplomacy, steadfastness and political insight. He has gone successfully through vulnerable democracies, tyrant dictatorship, limited technocratic set up and short-termed democratic period nurturing and grooming himself as veteran and seasoned politician.

He is considered as an expert politician for coalition-partisanship and floor-crossing and has been himself in the most powerful and influential public offices. As one of the strongest political heirs of Punjab, he follows the footsteps of his predecessors with instinctive pride and unyielding arrogance. He belongs to ruler clan Jatt Warraich of Punjabi community.

Parvez Elahi is a political decedent and business family, commonly referred to as Chaudhrys of Gujrat. His cousin and brother-in-law, Chaudhry Shujaat Hussain, served as the Prime Minister of Pakistan from May to August 2004 and led PMLQ successfully. Significantly, Moonis Elahi, the political heir of Chaudhry Parvez Elahi, also remained a Member of Punjab Assembly for two consecutive terms during 2008-13, 2013-18 and is a sitting MNA.

Looking into Chaudhry’s business dynasty, his father Chaudhry Manzur Elahi was the elder brother of late Chaudhry Zahur Elahi. Chaudhry Manzur Elahi left his hometown Gujrat in 1939 to pursue further studies. He received his degree in textile engineering from Amritsar in 1940.Upon his return from Amritsar, Chaudry Manzur Elahi teamed up with his brother Chaudhry Zahur Elahi to develop their textile business. In 1947-48, he established two textile units under the names of Gujrat Silk Mills and Pakistan Textile Mills. In 1950, the business was expanded to Lahore where they established Parvaiz Textile Mills, specializing in weaving, finishing and dyeing. In 1951-52, Chaudhry Manzur Elahi went to Japan to import textile machinery for his Gujrat and Lahore units. Chaudhry Manzur Elahi’s textile units continued to flourish under his leadership after being armed with his textile education and superior business ethics. The family continued to dedicate their energies to their business and set up Modern Flour Mills in Lahore and Rawalpindi. In short, it was true to say that his father’s struggled hard for becoming leading Industrialist of the state.

Glancing at his personal life-spans, Chaudhry Parvez Elahi was born on 1st November 1945 in Gujrat. He studied at Forman Christian College University Lahore, completed graduation in 1967. Like his father, he went to United Kingdom to obtained master's diploma in Industrial Management from Watford College of Technology in London in 1971.

Chaudhry Parvez Elahi joined politics actively in 1967 during General Ayub presidential era. After completing his education, Parvez Elahi joined the family business empire with his cousin Shujaat Hussain. Elahi's political motivation began in 1977 in a hostility of nationalization program of PPP. In 1981, after the assassination of his uncle Zahoor Elahi, he came into politics in 1983, first contesting for the local bodies elections.

Going through his political career, Parvez Elahi served as Chairman, District Council Gujrat during 1983-84; and has successively been serving as Member of the Provincial Assembly of the Punjab and National Assembly of Pakistan since 1985. He functioned as Minister for Local Government & Rural Development for three terms during 1985-88, 1988-90, 1990-93 and served as Acting Leader of the Opposition in the Punjab Assembly during 1993-96. He has the honour to serve as Speaker of the Punjab Assembly during 1997-99. Having been elected in General Elections 2002, he was elected as Chief Minister of Punjab and functioned as such till 2007. He also served as Speaker Punjab Assembly, Minister for Local Government and Rural Development, Deputy Opposition and Leader Punjab Assembly. He also served as opposition Leader of PMLQ in National Assembly and also President of PMLQ (Punjab).

Being an iron-willed and strong administrator, he also achieved splendid projects and the appraisal of the masses and the media. Undoubtedly, he has been praised for making great contributions to agriculture and irrigation, education, health, IT, public sector development, infrastructure, supply of gas and electricity and law and order while serving as Chief Minister of Punjab. These steps were endorsed and appreciated by various donor agencies such as World Bank and other global institutes.

Historically and statistically, he proved himself as revolutionary and radical leader, he initiated the new program for all citizens to provide all levels of healthcare and medical facilities completely free of cost. He focused to finalise all water courses brick lined. As record-making history, traffic was controlled by traffic wardens and later it turned to be highly appreciable initiative.

His relentless and dedicated achievements never ended for betterment and service of the masses. The notable projects including Institute of Cardiology in Multan, University of Gujrat in Gujrat, Traffic Wardens system in Lahore, Rescue-1122 service in Punjab and Lahore Ring Road Project are worthy to be mentioned.

Ch Parvez Elahi was also named by Pakistan Tehreek-e-Insaf (PTI) and PMLQ as their joint candidate for the office of Speaker of the Provincial Assembly of Punjab. On 16 August 2018, he was re-elected as Speaker of the Punjab Assembly.

Being the Chief Minister and a strict administrator, his notable achievements in educational sector which led literacy rate up to 47 percent in 2002, 62 percent in 2007 in the province. It included free education in public schools up to Matric, free distribution of 28 million books in all public schools, stipend for 1.1 million girls in 15 low literacy districts, provision of 1,18,276 missing facilities in 63,882 schools, 50,000 graduate teachers recruited and 275 schools upgraded/established and teacher’s training for 1,22,087 teachers in 2007/08. These steps were endorsed and appreciated by various donor agencies such as World Bank.

Dilating upon his political rivalries, Chaudhry Parvez Elahi had once been one of the strongest and influential supporters of Mian Nawaz Sharif and his party PML N. He had been an important financier in PML led by ex-prime minister Nawaz Sharif. However, the decisive rift between Elahi and the Sharifs came in 1997, after Nawaz achieved a thumping victory that year in the election. Elahi had been promised the post of Punjab chief minister in return for contributing significantly to the election campaign. However, the powerful industrialist was instead made speaker while Nawaz's brother, Shehbaz, took over the reins as Punjab chief minister. The decision to remain with the PML-N in 1997, despite differences with the Sharif, was largely due to his distaste for the Pakistan Peoples Party (PPP) — a rivalry that pre-dates the current generation. Elahi holds Benazir Bhutto's brother responsible for the death of Ch Shujaat Hussain's father and for the imprisonment and torture of Ch. Parvez Elahi's father during Zulfikar Ali Bhutto's tenure as prime minister.

By 1999, the differences were arisen that Elahi decided to defect to dissident group led by various libertarians at that time. Following the 1999 military takeover, both Parvez Elahi and Shujaat Hussain were detained by the National Accountability Bureau (NAB) on corruption charges relating to unpaid state-owned bank loans that were made to their corporations. However, the charges against both were dropped following an agreement they made to defect from the Pakistan Muslim League-Nawaz and assist President Musharraf in building a new center-right Muslim League in Punjab.

Elahi was elected to National and Provincial Assemblies in February 2008 Elections. Ch Parvez Elahi was a close adviser of President Musharraf, and was regularly consulted by him on political strategy. Ch Parvez Elahi still believes that if he and Ch Shujaat Hussain had been listened to, the entire Chief Justice episode and the state of emergency could have been avoided. Parvez Elahi defended his seat during the 2008 general elections and was nominated by the PMLQ leadership as the leader of the Opposition in the Parliament.

Generally speaking, Chaudhry Parvez Elahi establishes clearly political, rational and blunt views in public circle. He raises his strong support for libertarianism and has been a staunch vocalist of political philosophy of "enlightened moderation" at every platform. In public debates, he advocates swift and decisive law enforcement action against terrorism. It is believed that Ch Parvez Elahi as Chief Minister used to give clear instructions to infiltrating and dismantling terrorist organisations and to monitoring and curtailing the activities of religious leaders believed to have extremist tendencies. Under his leadership, our law enforcement agencies were successful in bringing down a number of terrorist cells in the province.

Apart from extremist organisations, he has used strong influence to encourage reforms within madrassas (religious seminaries) and obtain strong statements from these leaders condemning terrorist violence and declaring its un-Islamic. It would be true to say that he is die-hard preacher of inter-faith harmony and peace among all sects.

Despite remarkable achievements as Chief Minister Punjab, Ch Parvez Elahi has also earned notoriety on national politics. During 1979, the news became to circulate in television channels that Zahoor Elahi was believed to have encouraged President General Zia-ul-Haq to have Zulfiqar Ali Bhutto executed. Rumours were speculated in Lahore that Zahoor Elahi (Father of Ch Shujaat Hussain) loaned President Zia his pen to sign Zulfiqar Ali Bhutto's death warrant. Most annoying and dismantling, Ch Parvez Elahi ostensibly purchased the same pen at an auction some years later and grieved the die-hards of PPP devotees. 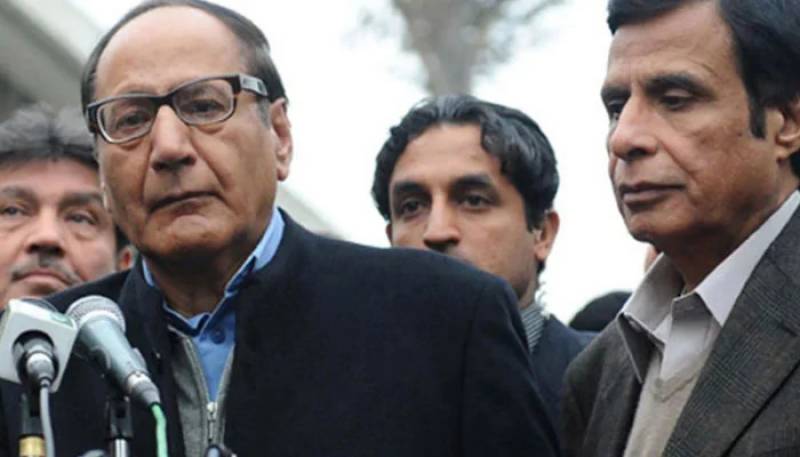 Moreover, Ch. Parvez Elahi and his cousin Shujaat Hussain were believed to have actively opposed a pre-electoral deal devised between Benazir Bhutto and President Musharraf in Sept 2007, largely due to their personal hatred for Bhutto. Since Benazir Bhutto’s death, Ch Parvez Elahi has suggested that he would be able to form a solid working relationship with either of her likely successors, Amin Faheem or Asif Ali Zardari. In 2012, Elahi's name has also been associated with a fraud scandal, involving his approval of an alleged illegal merger between a private housing scheme and Bahria Town.

During 1997 General Election, the interim government announced that no one would be allowed to contest in the elections without clearing their loans, the Chaudhry family faced serious financial problems. They managed to sell their sugar and cotton yarn in advance for coming two years at lower rates to repay their loans. From 1993-97, several alleged cases were registered against Chaudhry Parvez Elahi. He was detained in Adiala Jail Rawalpindi for several months.

Lately, Chaudhry Parvez Ealhi has been confronting intense legal and constitutional conflicts, with PPP and PML-N lawmakers submitting a no-confidence motion against Chief Minister Parvez Elahi in a bid to forestall the dissolution of the provincial assembly. The legal experts opine that the chief minister cannot dissolve the assembly once a no-confidence motion has been moved against him. Statically, the governor’s recent requirement for the chief minister to seek a vote of confidence from the house means he has to ensure that he manages to secure 186 votes in the assembly.

The PTI, at the moment, has 177 while the PMLQ has 10 members in the Punjab Assembly. On the other hand, the opposition has a combined 176 members from the PML-N, PPP and Rah-i-Haq parties. 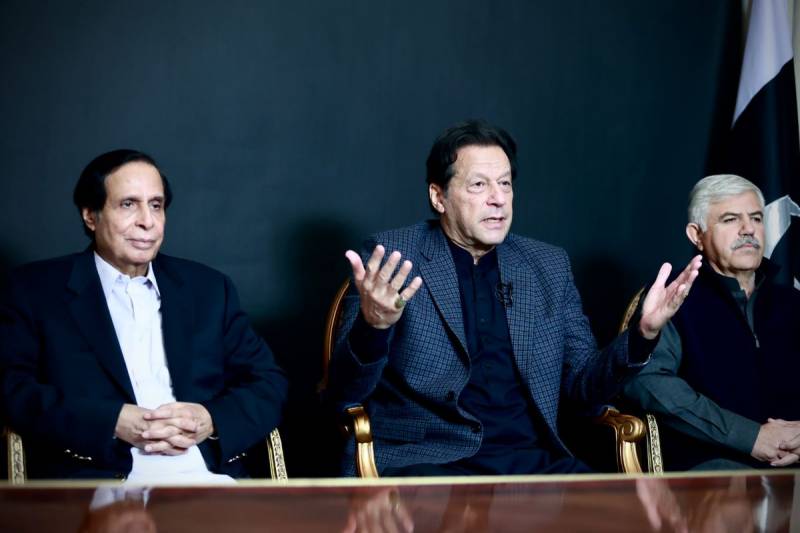 Last but not the least, the CM vote of no-confidence episode is still unresolved but the masses hope and believe that Chaudhry Parvez Elahi will set aside the propaganda politics of opponents and will continue to answer them through public service. It is the dire need of the time that public representatives should continue serving and striving to give relief the people in suffering. The fact remains evident that Chaudhry Parvez Elahi aspires to secure his image as an effective and result-oriented CM Punjab who is being capable to defeat the community trying to tarnish his repute and credible stature.