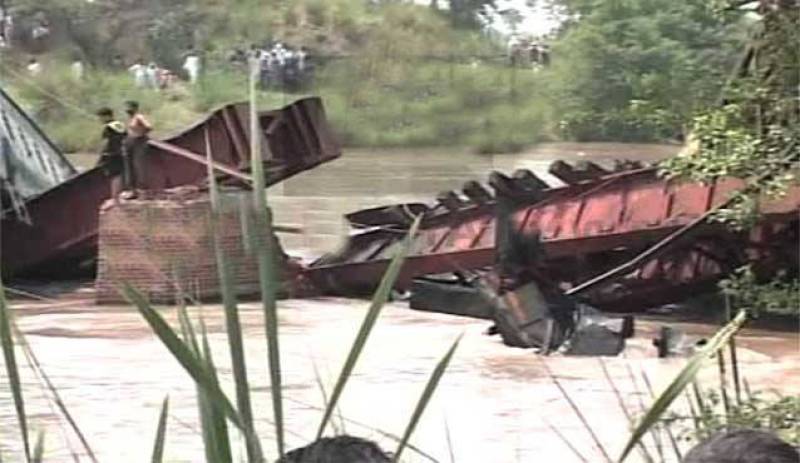 LAHORE/GUJRANWALA (Web Desk) -  The initial inquiry report of the Gujranwala train incident has been completed, which suggests the incident occurred due to poor condition of the track.

The special train carrying officials and soldiers of the Pakistan Army plunged into the canal due to the damaged track.

The seven-member investigation team in its report stated that it found scratches imprinted by train’s engines and bogies on a patch of track up to 17 meters long.

At least 17 people, including four military officers, were killed when four bogies of a train carrying army officials fell into a canal near Gujranwala on Thursday after a railway bridge collapsed,  ARY News reported.

Pakistan Railways spokesman Rauf Tahir talking to media said that the probe team will submit its report to the Ministry of Railways within 72 hours.

The spokesman said that the collapsed railway bridge was constructed in year 1948 and was in a satisfactory condition.